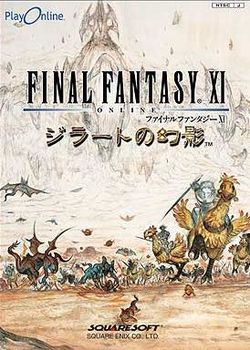 Final Fantasy XI: Rise of the Zilart was the first expansion pack to Final Fantasy XI. In Japan it was released under the title, "Vision of Zilart" (Vision of Jiraato, literally). This expansion automatically included in the original North American release.

It introduced the job classes of Dragoon, Ninja, and Samurai and added several new areas, missions, and quests.