A-wings go as fast as you can fly 'em. Their hull and shields are too light to take on capital ships, but Imperial starfighters won't stand a chance with you in this cockpit.

A-wings are interceptors equipped with highly damaging lasers. They hit are very fast, hit above their weight, and are very small and hard to pin down. The silhouette of the A-wing is very small in general, but is the largest from above or below.

The A-wing has several tools for pinning down starfighters both armoured and unarmoured. Against more heavily armoured targets, the A-wing can use cluster missiles and rockets to hit a single target multiple times, and no other Republic fighter has the DPS of the A-wing. Its default missiles have excellent tracking but light damage, excellent at pinning down TIE interceptors.

Official Description: Since the early days of the Rebellion, the RZ-1 A-wing's exceptional speed has made it an effective, agile counter to Imperial starfighters. 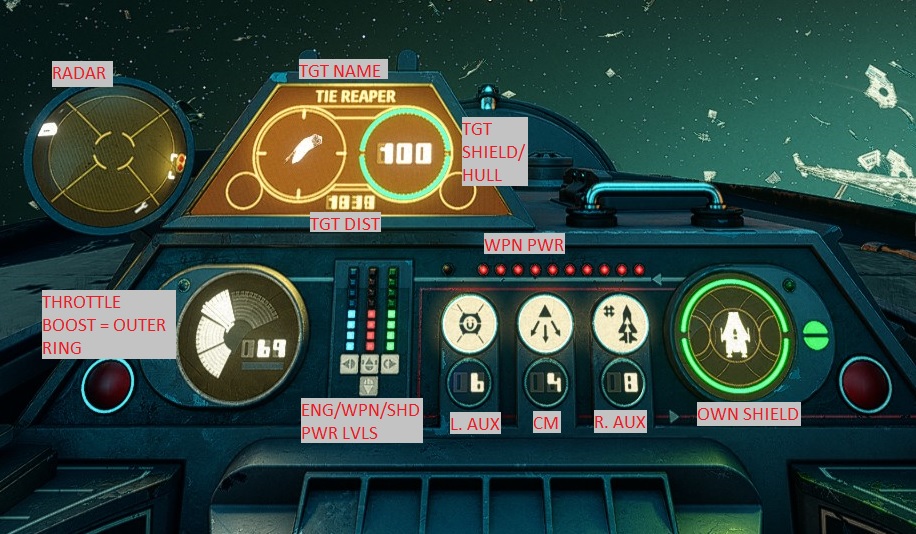 For specific component numbers and statistics, see the Components page.