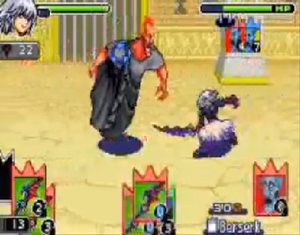 Change forms before he can!

Hades can be quite a challenge, but still shouldn't be all too bad. When he's blue, he'll usually either be floating around or using a close-range fire attack which shouldn't be too hard to break. After he's taken enough of a beating in this form, Hades will change color and start using attacks that deal more damage, including both short and long-range attacks. Try to get behind him as often as you can when he's in this form, and eventually he'll switch back to his initial form. Also try to get to Dark Mode before Hades can change form. Hades' attacks are as follows: