The landscape of Final Fantasy consists of a variety of terrains, such as grasslands and forests. Oceans may only be traversed by ship, and ships may only dock at ports, which are usually located near points of interest in the southern hemisphere. Rivers may only be traversed by canoe; however, the Light Warriors can carry the canoe with them, so it is automatically activated when you reach a river. Mountains may not be traversed at all. With an airship, you can fly over anything, but can only land on plains and grasslands.

Occasionally you will reach points of interest such as towns, castles, and caves. When you step onto one of these, the game "zooms in" and you control the Light Warriors inside the point of interest. Here, you will often find people that will yield some information when you talk to them. Sometimes the information is useless, other times vitally important to the story. You will also occasionally find treasure chests, many of which contain common items, while others contain rare equipment or key items. In towns, you will find several different kinds of shops that will exchange goods and services for money. These include item stores (sell curative and utilitarian items), White and Black Magic stores, weapon and armor stores, clinics (can revive slain allies), and inns (restores living Light Warriors to full status, and saves the game).

On the subscreen you can view data relating to the Light Warriors and perform many actions. These actions are: 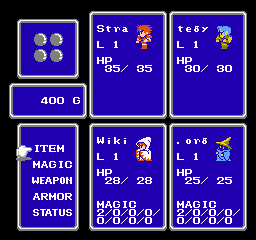 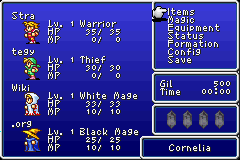 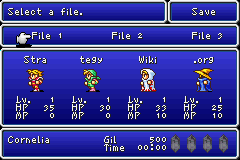 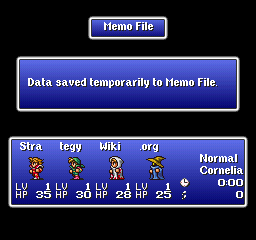 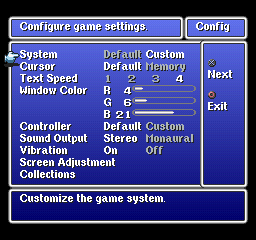 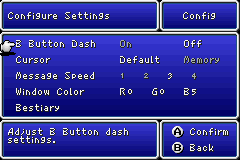 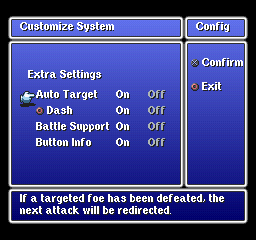