There are 20 Rampage pickups hidden across the three islands of Liberty City. These are blue rotating circles with a skull icon, and touching one will trigger a mini-mission where you'll have 2 minutes to kill a certain number of people or vehicles with a specific infinite-ammo weapon.

Portland has 6 Rampages and the other two islands have 7 each. Unlike later games, the Rampage icons will toggle between two locations each time you fail.

Some Rampages become much harder later in the game if they are found in areas where local gang members have become hostile to the player, as they will attack you regardless of the Rampage requirements. Gaining a wanted level can cause those hostile gang members to lose interest which can help. 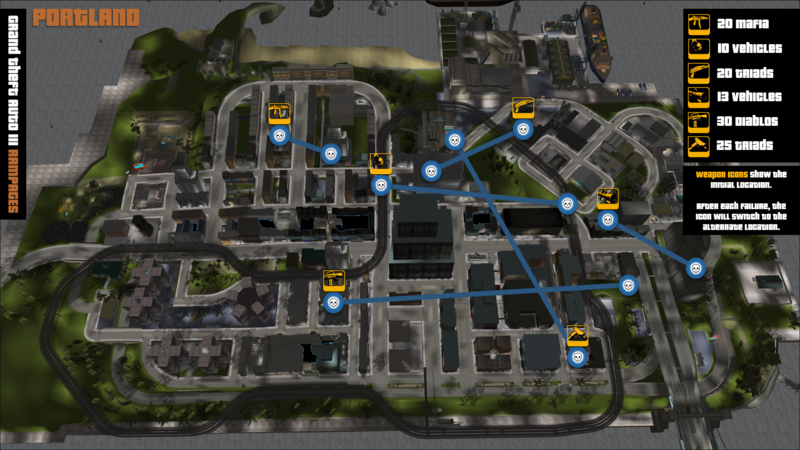 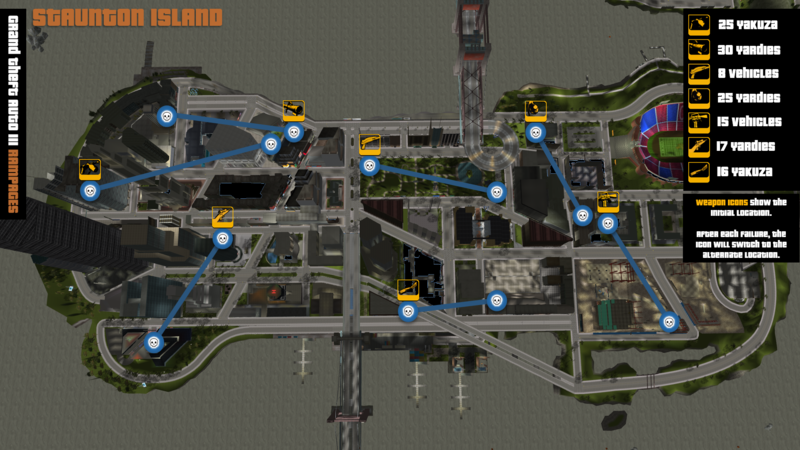 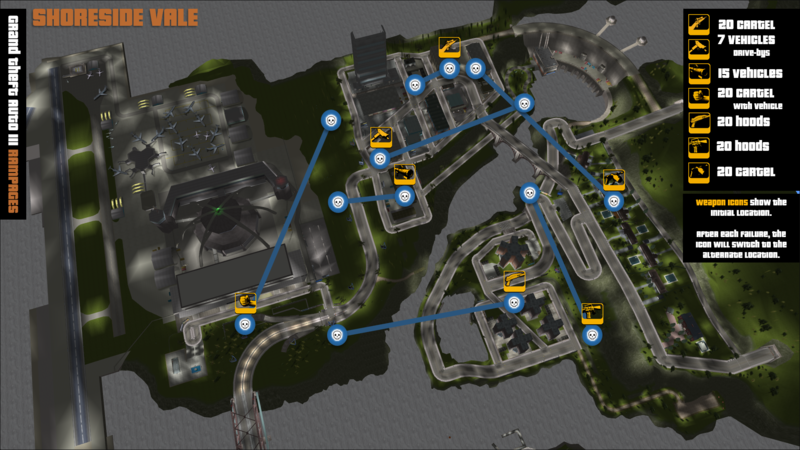