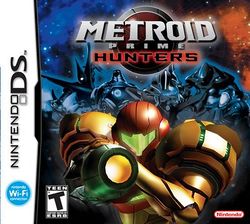 In the distant reaches of space, beyond the territories controlled by the Galactic Federation, is the Tetra Galaxy, once home to a mighty race known as the Alimbics. An advanced civilization, peaceful, prosperous, and powerful, the Alimbics maintained stability over the region forcefully but judiciously. They reigned over a vast region known as the Alimbic Cluster.

One day, perhaps thousands of years ago, perhaps tens of thousands, they simply disappeared, leaving behind artifacts scattered across the Alimbic Cluster, all protected by a lethal arsenal of the Alimbics' most advanced weaponry.

Today, for the first time in centuries, the long-dormant Alimbic Cluster has begun to stir, delivering strange tidings. A telepathic communiqué, originating within the Cluster, has been transmitted into the brains of some of the most exceptional beings in our galaxy. The message is translated into a thousand different languages on a thousand different worlds, but the message is always the same: "The secret to ultimate power lies in the Alimbic Cluster."

The Galactic Federation has heeded this strange, suspicious communication as well, and has called for the help of Samus Aran.

Her mission: to discover the truth about this mysterious message, to protect against a potential threat, and to keep the ultimate power of the Alimbics from falling into the wrong hands.