Salvatorre Stracci is the Don's son and the family's new Underboss. He's trying to strengthen the Stracci's ailing rackets by destroying a Corleone warehouse near Hell's Kitchen. Take him out before he blows up the warehouse. 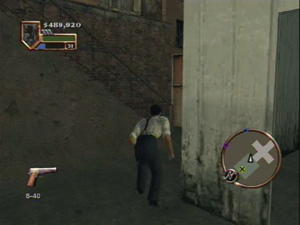 Creep over to the building on the right 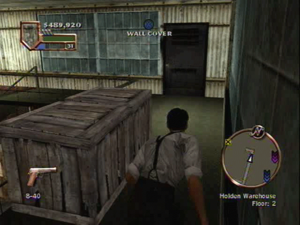 Cross over to the back of the building

Creep into the warehouse entrance, then turn right and go up those stairs. Go through the door (ignore the guy, he just works there) and down the hall to the door on the other side. 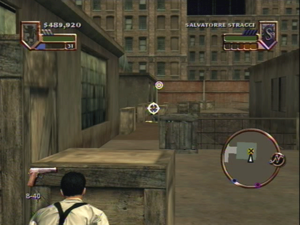 Go through that door, but stay hidden behind the boxes on the left. From here you can target Salvatorre. Shoot him in the head so that he doesn't detonate the explosives.