You will use Rock Smash inside the Burned Tower, so teach a Pokémon the move before you take on the tower. You also have to fall down the holes in the floor to pick up every item in the tower. 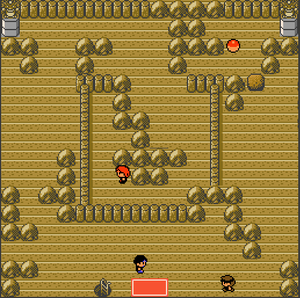 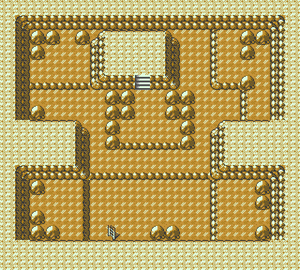 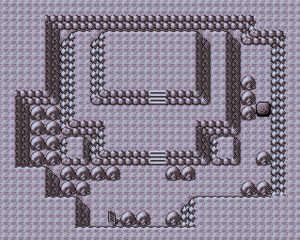 Meet Eusine and Morty
The Burned Tower has been completely redesigned in Crystal. Inside, you'll meet Eusine, a new character, and Morty the Gym leader. Eusine is completely obsessed with catching Suicine, and will be a major player in several new Crystal-only events. He seems friendly now, but that doesn't mean he won't challenge you later...

You can't get to the lower floor of the Burned Tower without facing your rival and his ever-expanding roster of Pokémon. Bring your best counter-type Pokémon for taking down his starter, because at level 22, it's likely to be stronger than any of yours. Psychics are good here, since Zubat and Haunter are both part Poison. Fire and Ground are good picks against his new Magnemite.

Did you teach a Pokémon TM 08 yet? If not, do it now and bring that Pokémon along because you won't get far in this dungeon without it. The cracked dirt clod-looking rocks can be cleared with a single use of this technique, and you'll need to do it in Gold and Silver to get to the pit in the center of the first floor. However, in Crystal, it can be used to reveal an easy HP Up.

Unleash the Beasts of Legend[edit]

That pit in the middle is the most important part of the dungeon. It drops you down to a pedestal with three Pokémon, who turn from stone to flesh when you approach them, and then bolt. Congratulations: you just freed three new powerful Legendary Pokémon in the Gold, Silver, and Crystal versions, and your work here is done. See The Three Legendary Beasts page for more information.

Return later on for TM 20[edit]

You'll need Strength for this part. In Gold and Silver, if you jump into the pit in the northeast corner of the Burned Tower's first floor, you'll end up in a blocked off corner of the basement level. For Crystal, you must merely drop through the pit that you previously used to reach the bottom, and walk to the northeast corner. Use Strength to push aside the rock, and get TM 20 (Endure), which can keep your Pokémon from being K.O.'ed for a few turns.