The next two roads are short, but they lead in many directions and join several areas together. The tree you couldn't get past is still there, but this time you have the Squirtbottle from Goldenrod City. When the tree is gone, you'll finally be able to move on to the next area. 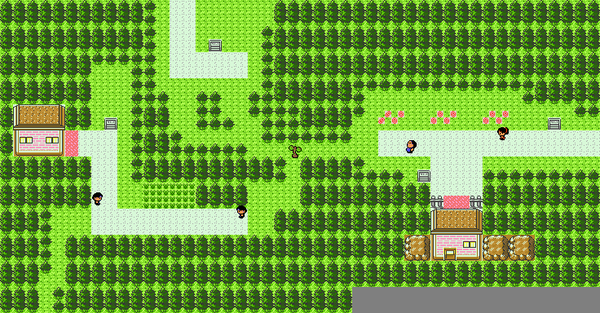 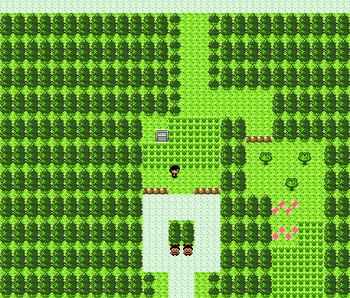 Water (and capture) the Sudowoodo[edit]

In Crystal, shortly before a tree in the middle of the path, you'll find the daughter of the Flower Shop woman in Goldenrod City. If you've beaten Whitney, talk to her, then head back to see her mom in Goldenrod City and get the Squirtbottle.

The tree that's blocking your progress can't be Cut, so why not try watering it with the Squirtbottle that you got in Goldenrod? When you use the Squirtbottle on the weird tree, it will attack you. It's not a tree at all—it's Sudowoodo, a Rock-type Pokémon that looks like a tree! It's the only place that Sudowoodo shows up. Capture it carefully, since if you K.O. it, it's gone for good.

The "tree" wasn't too popular, and the man to the right of it will give you TM 08 just for uprooting it. It contains Rock Smash, which breaks certain rocks that you'll soon encounter, and deals Fighting-type damage while lowering opponents' Defense in battle.

The trees south of the entrance to Ecruteak City contain Red, Blue, and Black Apricorns, which can be made into Level, Lure, and Heavy balls by Kurt in Azalea Town. Like all Berries, they grow back every day.

On Route 36, talk to Arthur, who appears above the entrance to the Ruins of Alph on Thursdays, to get a Hard Stone, which powers up Rock-type techniques (go Sudowoodo!).

On Route 37, talk to Sunny below the three Apricorn trees on Sunday for a Magnet, which powers up Electric-type techniques.

Trade numbers for a Fire Stone
Elemental Stones are phenomenally rare, but junior trainer Alan doesn't have any problem finding them. After you beat him, give him your phone number, Eventually, he'll call and offer you a free Fire Stone, no strings attached!