Clair won't give you the Rising Badge until you've found the Dragon Fang inside the Dragon's Den. You need Pokémon that can use Surf and Whirlpool to get around the den. 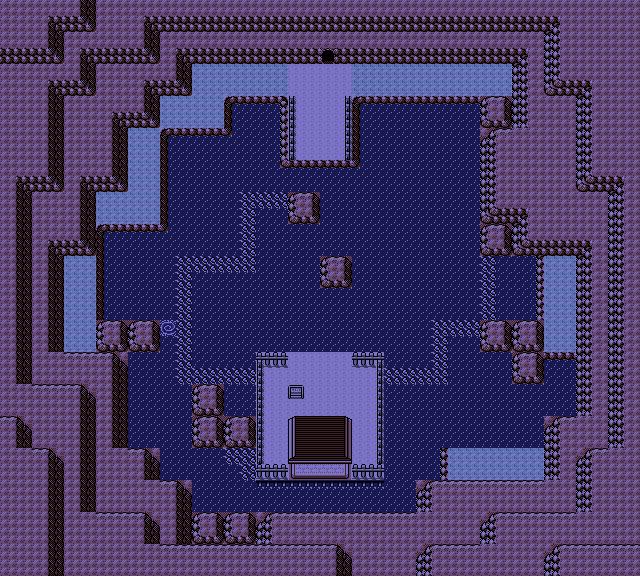 You beat Clair fair and square, but she won't give up her badge (or TM 24, Dragonbreath) until you bring her the Dragon Fang. At least she allows you to keep the Dragon Fang, which when equipped, powers up Dragon-type attacks.

So grab a Pokémon with Whirlpool (HM 06) and swim into the Dragon's Den behind the Gym. No surprises in Gold and Silver; just grab the Dragon Fang and go.

The Dragon's Den in Crystal

A lot has changed here; there are a bunch of new items and three new trainers. To get TM 24 and the Rising Badge, you'll need to go into the building on the center island and answer the elder's five questions. Then leave and come back for an even better surprise.

The first time you talk to the elder in the Dragon's Den, he simply won't let you get any of the answers wrong. But if you leave the cave, save and come back with an empty slot in your party, he'll give you a free Dratini. If you answer all of his questions correctly this time, the Dratini will come with the amazing Extreme Speed (a super-powered Quick Attack) move built in.

Answer are in order: Pal, Raising, Anybody, Love or Knowledge, Both

When you go outside, Professor Elm will call you. Visit him for a Master Ball. It's recommended that you deposit it in your box so you don't accidentally use it. It is probably best not to use it on the Legendary beasts, as there are three and it will only get you one. Additionally, there are more powerful Pokémon to catch.

With all eight badges in hand, you've earned the right to travel to the Indigo Plateau/ and challenge the Elite Four. But what's the rush? With all seven HM's, the three dungeons we've previously ignored are now open to us, and the Pokémon they hold will be a great asset in the final battle.