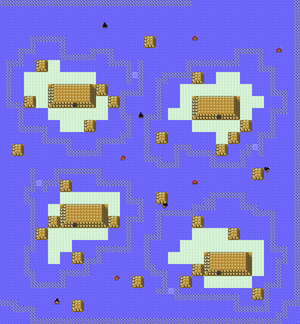 The confusing maze of interconnected islets that make up Whirl Island can be frustrating, so study the maps below. You need to pick up Whirlpool from Team Rocket's Hideout to get near the Island and the Silver Wing from the man in Pewter City (Gold and Crystal) or the Radio Station Manager in Goldenrod City (Silver) to find Lugia.

The networks of islands in Route 41 conceal a hidden dungeon that is Lugia's new home. Of course, Lugia won't appear until you have the Silver Wing, which Silver players earn at the Radio Tower while Gold and Crystal players earn much later in Kanto's Pewter City. But Gold and Crystal players may want to pay an early visit to this dungeon nonetheless: It's the only place in the game where Seel and Horsea appear.

There are four islands in Route 41 that can be reached by using the Whirlpool move at the little eddies that block the entrances. There are some valuable items here, but the thing that should interest you most is Lugia, and the only way to get to it is from the Northeast island. 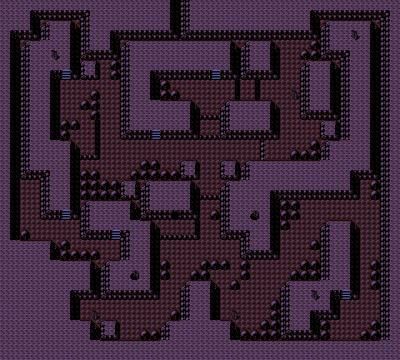 All of the interconnected passageways pass through this giant basement level beneath all four Whirl Islands. The fastest way to reach Lugia is by entering the Northeast island and taking the ladder in the upper right corner down to the ladder in the upper right corner of the basement. Follow the raised ledge to the south until you reach another ladder that leads down to the subterranean waterfall. 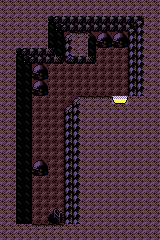 The cave in the middle of the basement is not an entrance, but rather it serves as an exit from the subterranean waterfall when you are ready to return to the surface. After passing through two tunnels, you will arrive in the cave interior shown to the left. Exit through the door to find yourself near the centre of the basement. 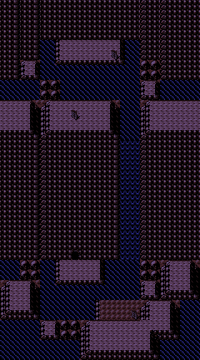 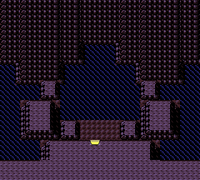 If you have the Silver Wing, this is where you'll find Lugia. Save before you battle it, because Lugia will disappear for good if you accidentally K.O. it. Don't worry too much though, as Lugia will reappear once you defeat the Elite Four again.

Electric Pokémon work best here, so hit Lugia with everything you've got. Do your best to get it Paralyzed or put to Sleep so it can't heal itself effectively, and then toss Ultra Balls (or Heavy Balls) until you capture it.