Fuchsia City has seen some changes since the first Pokémon games. The Safari Zone is closed because the director is traveling abroad. Koga, the former Gym Leader, is now part of the Elite Four. There's also some construction going on in the city, which will keep you from Cinnabar Island for a short time. 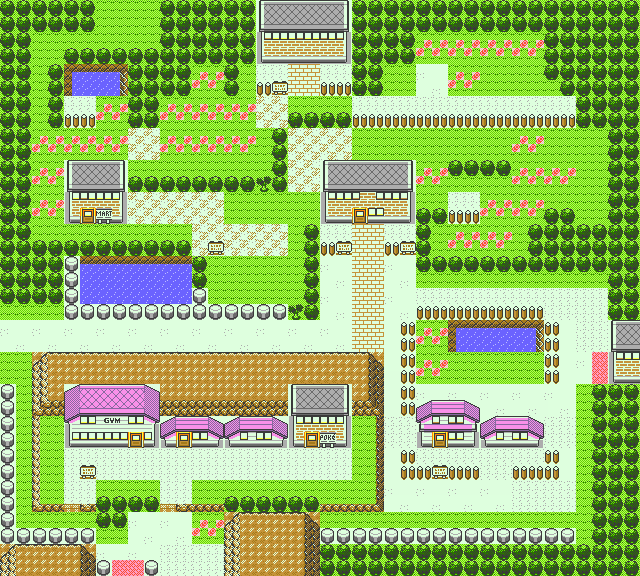 The Safari Zone is closed[edit]

You know it's closed when they have the door removed! The world famous Safari Zone is closed because its director has gone on a much-needed vacation. He won't be back and, without that, there isn't much to do in Fuchsia.

A number of fallen boulders have blocked the exit south of here, which leads to Cinnabar Island via Route 19. The blockade will be removed if you come back here from that direction, but for now, the only way to get to Kanto's west side is Diglett's Cave. If you want to get to Cinnabar Island, you'll have to go through Pallet Town.

Now that Koga has been promoted to the Indigo Plateau, who's minding Fuchsia Gym? His daughter Janine, apparently, and a handful of impersonators. Janine has taught her Trainers the art of disguise, and each one of them appears to be Janine when you meet them. When the battle starts, however, you will see that it's not Janine you're fighting.

The (sort of) invisible walls are still there, but you shouldn't have much trouble feeling your way through and beating the trainers on the way. These are mostly Poison Pokémon, so your Psychics will be the most useful. But since most of them are half-Grass or half-Bug, Fire is almost as good.

The quickest route to reach Janine is to walk up along the right side of the Gym, across the top to the left, and then zig-zag a bit down the left side. Janine prefers Poison-type Pokémon, so you should protect yourself with Psychic-, Ground-, and Fire-type Pokémon. In addition to the Soul Badge, Janine will give you the poison-friendly TM 06, Toxic, when you beat her.