The path to the next badge is clear. Professor Elm needs your help in Goldenrod City. Fly down there, pick a roster of strong fighters, and infiltrate the Radio Tower.

After fighting through five floors of Rockets, you can challenge the fake director for the Basement Key. After you defeat him, he will tell you that the real station manager is being held in the locked-off area of the Underground. Use the key he gives you to open the locked door in the tunnel.

Head back to the Underground area where you can get haircuts for your Pokémon and walk down to the locked door. Use the Basement Key to open the door then enter the Basement.

Your rival will reveal himself in the Underground area, and there's no avoiding a battle this time. He is still improving his team of Pokémon. This time, he's got five Pokémon, including the Dark- and Ice-type Sneasel. Fighting-types are best against Sneasel, but you will be fine if you use Rock- or Fire-types instead. 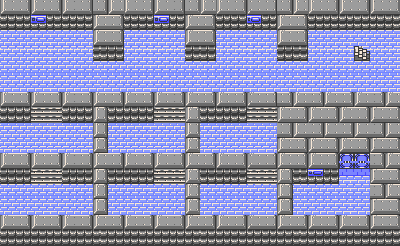 The three switches along the north wall of this floor interact with each other in odd ways, so if you want to accomplish anything, you'll have to flip them in the right order. To get down to the door, you'll need to flip them in order from left to right. You'll need different combinations to reach the items, but they're not really worth the effort. If you get confused or mess up, return to the floor above—the switches will reset. After you talk to the Station Manager, flip the switch closest to the door to get out.

Rescue the director and get the key[edit] 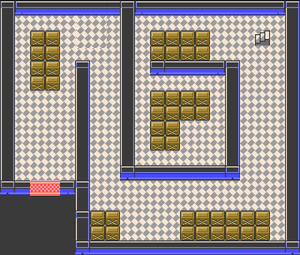 The director here will give you the Card Key that opens up the locked door on the 3rd floor of the Radio Tower. But before you rush back, head up to the basement of the Department Store and grab the money-doubling Amulet Coin. If you want any of the other items, leave and re-enter to make the crates shift. 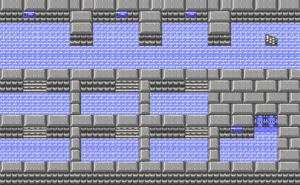 If this area seems familiar, it's because it's the basement of the Goldenrod City Department Store. If you visit the Basement often, you should eventually be able to access every corner to pick up the items scattered about.

Final battles in the Radio Tower[edit]

Use the Card Key to open the shutters on the third floor that block the way to the stairs. Then proceed to defeat Team Rocket's Leader and make Team Rocket call it quits.

The pair of Rockets on the fifth floor have tough rosters (they're heavy on Dark-type Pokémon, so Fighting and Bug Pokémon work best), but defeating them is the way to drive Team Rocket out of Goldenrod City for good.

After Team Rocket is defeated, the real Station Manager will return to his seat in the studio on the fifth floor. He'll reward you with the Rainbow Wing (Gold version), the Silver Wing (Silver version), or the Clear Bell (Crystal version). The wings are the keys to capturing Ho-oh and Lugia respectively, while the bell is the new key item that allows you to battle Suicune in the Tin Tower. Professor Oak's co-host in the office on the fourth floor will give you another Pink Bow, and the woman on the third floor will give you TM 11 (Sunny Day).