Routes 14 and 15 have plenty of Trainers just waiting to battle you. Take along a few items that will keep your Pokémon strong for the entire journey. 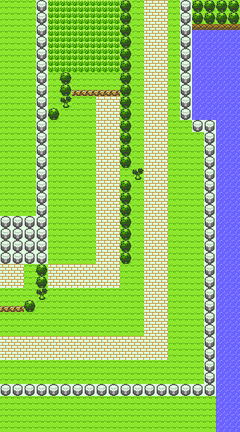 A chance to catch a Chansey[edit]

If you're following this walkthrough, you'll be taking the long way back to Vermilion City, and once again, it's worth it. Routes 14 through 15 are the only places in the game where you can catch a Chansey. There are a bunch of Trainers here, so be prepared to battle. At this point in the game, they shouldn't be giving you too much trouble.

Cut down the tree blocking the way to reach the girl in the grass. She is willing to trade her Aerodactyl, the only one in the game, for your Chansey. It hard enough to catch one Chansey, but it's not a bad trade-off, so you may want to try for a pair. Trade the extra one to the girl in the grass for her Aerodactyl, as this is the only way you'll get one in this version of the game.