Your first ride on the S.S. Aqua takes you to Vermilion City. If you've visited Kanto before in Red, Blue, or Yellow, you are still in for some surprises—many things around Kanto have changed. If this is your first visit, you have a lot of exploring to do! 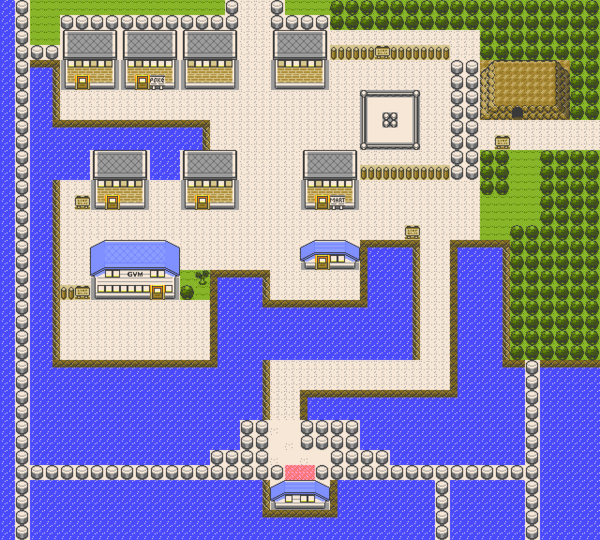 Until the train is fixed, the ship is the only way to get between Kanto and Johto (besides flying to the Indigo Plateau and walking back). The ship leaves from Kanto every Wednesday and Sunday, and comes back on Monday and Friday. When next you ride, you'll meet a whole new set of trainers on board.

If you talk to the President of the Pokémon Fan Club, he will start telling you a very long story. If you listen to his entire story, he will reward you with a Rare Candy. Also note the Clefairy Doll while you're here... It will be important after you've spoken to Copycat in Saffron City.

Snorlax is blocking the way to Route 11 and Diglett's Cave. You'll need to get a few things done before you'll be able to get Snorlax out of the way for good. Also note the guy next to him—when you get all 8 Kanto badges, he'll give you a free HP Up to congratulate you for your fine effort. 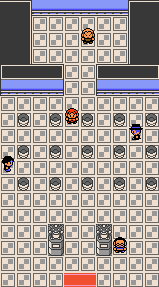 If you thought you were done with badges, Kanto has eight more, starting with Lt. Surge's Thunder Badge. Cut the tree blocking the way to reach Vermilion City Gym. The traps that once guarded the gym are gone, but Lt. Surge is still in residence and still very fond of Electric-type Pokémon. You'll want to bring your best Grass- and Ground-types along (note to Silver players: Donphan is great here). If you take a good Ground-type into battle, you won't be touched by the electrical onslaught of Surge's Electric- or Steel-type Pokémon.