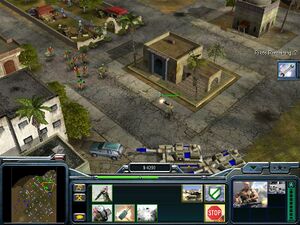 Hero unit Colonel Burton is introduced in this mission. (He is hiding somewhere on your base.) The Colonel won't tolerate mob violence.

Three pilots are being held behind enemy lines. You must rescue all three of them.

This mission is of moderate difficulty and introduces the USA hero unit, Colonel Burton, a superb sniper unit and demolitions expert.

The Pathfinder, another sniper unit is also introduced. It is necessary to experience combat and be promoted to a three-star General to acquire this unit. 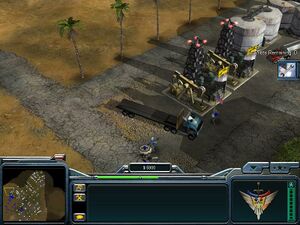 In later missions, having the funds produced by oil derricks will be critical. Get in the habit now of capturing available oil resources. 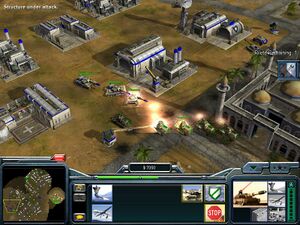 You will have plenty of armor to spare -- keep your base well-protected while hunting for the captive pilots. 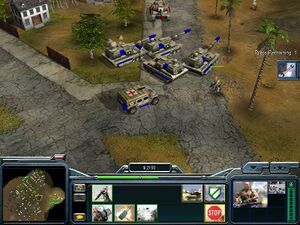 Colonel Burton is healed by the ambulance waiting for the final assault on the main GLA base. 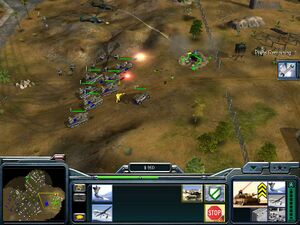 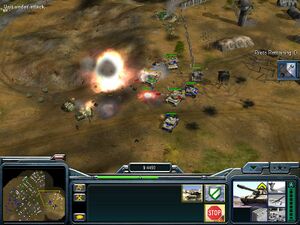 Have enough armor available after capturing the third pilot to return to the base safely.
Go to top
← Final Justice | Treasure Hunt | Guardian Angel →