Narration: Central Consciousness was shashed, its control centers burned out, and the power systems in ruins. The Core commander and the remaining Core forces had regrouped to make a final stand - no quarter would be asked, and none given... the Arm would not rest, until the Core had been wiped out completely. The fate of the galaxy must be ensured!

Finish Core once and for all! March your Commander to the top of the Core Command Dome.

Priority Critical Central Consciousness is ours! The Core brain is ours. There is one final blow to strike. We have Core's brain, now we must destroy its heart. We must control Core's Command Dome in order to finish this forever.

Info Feed All that is left of the Core Empire has assembled in defense of the Command Dome. Core's Commander is certain to be there. Destroy their Commander. Destroy every last Core unit. Remember, even one Core mind left sentient may be enough to begin Core anew. Scour thoroughly Commander!

Stand at the top of the Command Dome Commander. Finish it. 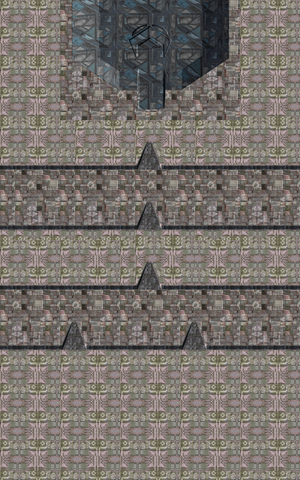 Immediately fall back to the southern edge of the map to create a defensive perimeter and begin base production. Construction units and Merls should be closest to the edge of the map for their defense. Setup a Radar Tower first to allow the Merls to acquire targets early to prevent a Core rush from over-running the Arm forces. KBots should make up the front defensive lines, with longer-range units between them and the Merls. Small waves of enemies should come every few minutes, so it's crucial to keep a solid line in front of the Construction units to give plenty of time to get production started. Set the units on the line to hold their position, as any unit chasing the enemy back to its base will be lost.

Start on resource collection, including Wind and Geothermal generators. Level 2 Plants are going to be the high priority, as they will be necessary before any attempts can be made at attacking the Core. Meanwhile, a spare Construction unit should be at work building defensive structures, such as Sentinels, Guardians, and Defenders. Once an Advanced Construction unit is available, build a Moho Mine and Fusion Reactor to provide resources for Big Berthas. Level 2 Plants should be producing units at a pretty consistent rate, adding to the defensive lines while construction continues. When the first Bertha goes up and starts hitting enemy defenses, it should trigger more offenses from the Core.

Jammers will be very effective in defending structures, especially the Bertha and other gun emplacements. Set a Construction unit to patrol the lines and repair the units along those lines. Target the Core Pulverizers to open the way for an air assault, which will in turn soften up the Core base for a ground assault. The remainder of this mission requires continuously pumping out units (air and ground) and good targeting with the Bertha(s) to pave the way for the air assault, followed by the ground assault. With slow movement forward, the Core forces will be eliminated (including their Commander), allowing the Arm Commander to take the dome. Once the major resistance is over, set the units to scour the map, making sure the enemy is eliminated.