The following are the missions from the Core Medium campaign. 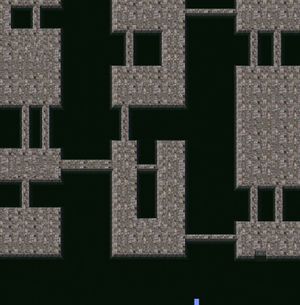 Mission Briefing: The Arm vermin have just set up a Galactic Gate among the canals of Sector 4395.

The next set of Arm reinforcements is expected to arrive in approximately eighteen minutes. Capture the Gate before this occurs.

Suggestions: You may wish to split your force into smaller groups to allow for quicker exploration of the area. Have your Commander build Radar Towers to help locate the enemy.

Battle Tactics: When your Commander is selected, type D to activate the Commander's D-gun. Using your D-gun is a quick way to clear away the wreckage that may be blocking the bridges. 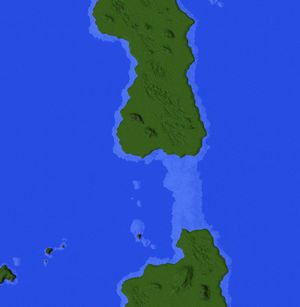 Mission Briefing: The reactionary Arm have used their naval forces to prevent us from crossing the ford designated as Kerrap Shallows.

Take your forces across the ford and destroy the enemy. You have 40 minutes. At least one of your Advanced Construction Vehicles must cross.

Suggestions: Destroy the Arm's navy before attempting the ford. The enemy has very heavy guns; beware of risking yourself.

Battle Tactics: CTRL + W will select all of your armed mobile units except the Commander.

CTRL + P will select all of your fighting aircraft. 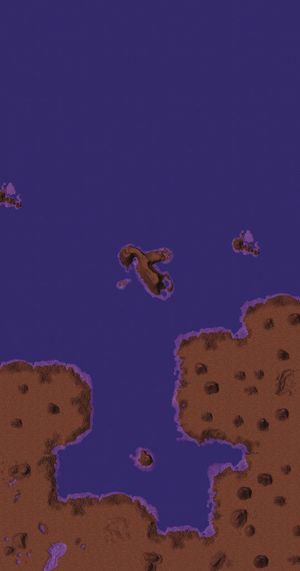 Mission Briefing: The Arm navy on Nrowb VII has been spotted escorting a convoy of transports back to their port in Titanium Fist Bay. We will take advantage of their absence.

You are ordered to fight your way into their port to the south and destroy all the Advanced Shipyards and battleships you find.

Suggestions: In your first attack try to have your Snakes absorb most of the damage. You may wish to have one Shark take the lead as it has better sonar and sighting radius.

Battle Tactics: To keep your fast Sharks behind the slower Snakes, tell the Sharks to GUARD the first level subs. 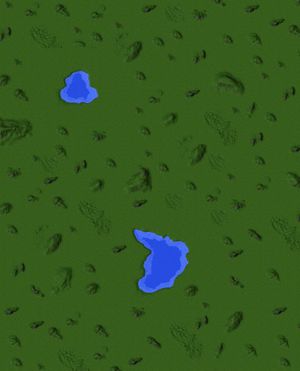 Mission Briefing: You have reached an area of forest with two tranquil pools. The Arm have yet to build up any defenses but several enemy units are on their way to delay your advance.

Destroy all Construction Vehicles as quickly as possible.

Suggestions: There are few metal deposits so you may need to build Metal Makers to increase your metal income.

Battle Tactics: Allocate three Solar Collectors for each Metal Maker you build. Grouping your Metal Makers as a squad allows you to quickly select all of them and turn them on or off at once. You may have to manage your resource economy this way. 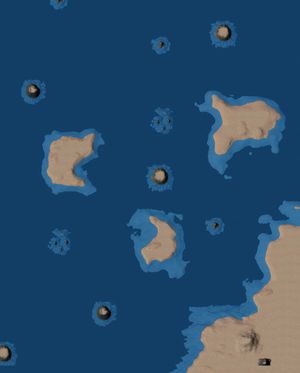 Mission Briefing: The Arm have built a major energy base amongst the Solidspire Islands. We have been unable to find their Cloakable Fusion Reactors and we do not even know how many exist.

Launch an amphibious invasion of the islands. All Fusion Plants must be destroyed in order to shut down the Arm defenses on a nearby island, allowing our forces to land easily.

Suggestions: Keep your forces together and well organized. It is important that your ships protect each other and guard against weaknesses.

Battle Tactics: The Titan torpedo bombers are very effective at destroying submarines. Use units equipped with sonar to spot for the bombers. The Commander, the Executioner cruiser, the Enforcer destroyer, and all submarines have sonar. If you click on a unit with sonar, a green circle will appear on the radar map, indicating the sonar's range. 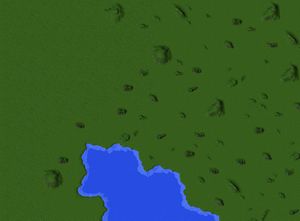 Mission Briefing: The Arm are building a Retaliator and plan to launch a nuclear strike against you. You are very vulnerable to these attacks.

The Arm's primary goal is to eliminate your forces. You have twenty minutes to build a Fortitude Missile Defense.

Suggestions: As there is not much time, quickly create an Advanced Construction unit. Start building a Fortitude Missile Defense structure as soon as possible. 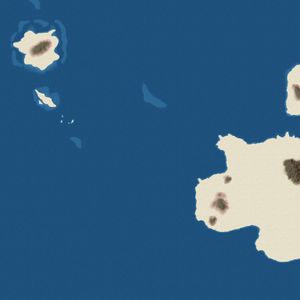 Mission Briefing: Emergency! A scout has discovered an Arm base on an island to the northwest. They are building an armada of Brawler gunships.

Build air defense as quickly as possible to protect your base. Do not allow the Arm to destroy all of your Moho Mines. Destroy all enemy Brawlers while ensuring your metal production continues for at least twenty minutes.

Suggestions: We expect ten or more minutes before the Arm attack. Build up your economy at once. Naval anti-aircraft units may be particularly helpful.

Battle Tactics: Pause at the start of the scenario so that you can look over your units. You are short of time, so plan your defensive strategy carefully.

Cobras are a very powerful defense against the Brawler gunships. 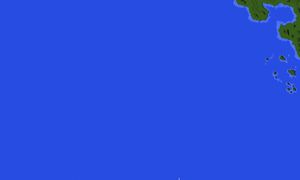 Mission Briefing: Rather than conducting simple reconnaissance missions, our secret base in the Tessop Gulf must not actively start its attack on the enemy. As such, you are to end maximum silence conditions and begin building additional submarines.

The Arm are desperate to ferry additional war supplies back and forth across the gulf and, should we succeed in stopping them, this secret outpost will become a regular production center.

Your orders are to destroy all light aircraft carriers and destroy at least five Hulk transports while preserving your Shipyards. Additionally, your subs are desperately needed elsewhere so do not lose more than twenty during this mission.

Suggestions: The short sighting radius of your subs makes it difficult to find your targets. You may wish to spread out your subs and, when a target is sighted, vector subs in front of it for the attack. Wounded subs should be sent back to your base for repairs.

Battle Tactics: The briefing for this mission is complicated. You can review your orders by pressing F2 and then clicking on BRIEFING.

Set your Construction Ships to GUARD a Shipyard. They will use their nanolathe to aid the Shipyard's production.

Mission Briefing: The Arm have built a Fusion Reactor on the ice cliffs of Arnen. This is their only major power source in the area and destroying it will cripple their economy throughout the entire region.

A Brawler airwing has been drawn away and will take a minimum of 25 minutes to return. In this time take your forces over the mountains, cross the Arnen Inlet and locate and destroy the Fusion Reactor. Protect all construction units from destruction.

Suggestions: Time is of the essence. Once the Brawlers return you will likely be destroyed. The enemy has several Flakkers defending the base, so Intelligence believes that a land assault may succeed.

The most difficult barrier is Arnen Inlet which must be crossed with transport ships, amphibious units, or Valkyrie air transports.

Battle Tactics: CTRL + W will select all your war units.

To build a Shipyard, you may wish to build a Construction Aircraft which has no trouble getting over deep water. 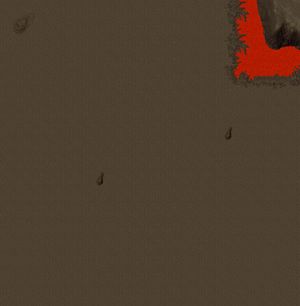 Cloaked in the Spires

Mission Briefing: Crustal 14 is renowned for the spires which have formed over much of the central plains. The Arm strongly hold the area directly across from the Lava Rift Inlet.

Your orders are to cross the inlet and destroy all enemy factories.

Suggestions: Before crossing the inlet, change your Commander's orders from VISIBLE to CLOAKED!

Battle Tactics: To switch your Commander from VISIBLE to CLOAKED status, select your Commander and press the ORDERS button. You should now see a button that says VISIBLE. If you click this button, it will change to CLOAKED. Click it once more and you're back to VISIBLE again.

Note that a cloaked unit still appears on radar unless there is a radar jammer nearby. 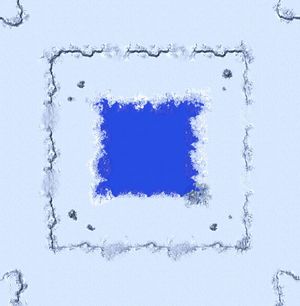 Mission Briefing: Deep in the Grinding Rock Mountains is a valley with several hot springs feeding an unfrozen lake. You have been dropped off to build up a base and secure the area.

To the northeast is an Arm Advanced Kbot Lab. Destroy it.

Suggestions: Use scouts to find rich ore deposits and guard them, even if you are not yet ready to build Metal Extractors.

Expand aggressively, especially to the north.

Battle Tactics: Hold down SHIFT to queue up multiple orders.

Geothermal vents (areas of melted snow with steam rising from them), are valuable sources of energy. Build first level construction units to construct Geothermal Powerplants on these vents.

Mission Briefing: The dogged Arm continue to resist despite our more than fair terms of surrender. They will pay for their obstinacy. We shall use one of our most decisive advantages in the coming battle. Our plasma cannon, the Intimidator, has a 25% longer range than the Arm Big Bertha.

Build an Intimidator to the west. This will allow us to eradicate the Arm's forces on the Hasfap Mesa without coming under return fire, effectively reducing the last enemy aircraft production facility in the area.

The Arm have a line of Dragon's teeth running north-south. West of these fortifications lies a small base near a large cluster of spires. Even farther west, you will find the Arm's Hydration Plant. Build your Intimidator near the Hydration Plant.

Suggestions:Be sure to build some anti-air units as the Arm have an airbase in the area.

Capture ground in large organized assaults rather than attacking with a steady stream of units. Take time to repair and organize your units before each assault.

Battle Tactics: Use CTRL + F to select all factories. Then you can order all the factories to move their new units up to the same assembly point near the front. 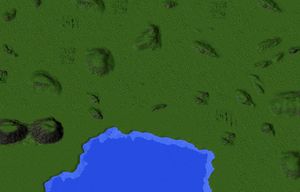 Mission Briefing: The Arm have started to build up their forces north and east of Guditha Pass. Beware of the strong Arm naval presence occupying the bay.

Suggestions: Our geologists believe there to be ore deposits north of the pass. We have not been able to explore the area because of the dense forest.

Battle Tactics: Press F2 to bring up the Options menu. By clicking on HELP you can view a summary of key combinations for the game.