Narration: Several months into the Rougpelt conflict, the Core surprised the Arm commander by capturing and holding a number of Arm units. This was an unprecedented tactic for the Core, who typically did not take prisoners. The captured units were allowed a brief communication with the commander, during which they indicated that the Core had connected their pain receptors, usually left inactive in combat units. It appeared, that the Core intended to torture and kill them, as the frightening demonstration for the remainder of the Arm troops...

Core has taken hostages! Should the hostages be ill treated, it is up to you to exact vengeance upon the Core instigators. Destroy them all!

Priority Core has captured Arm units and has threatened to make an example of them. Should they do so, you must demand vengeance! - don't build... Destroy all Core units on the scene! 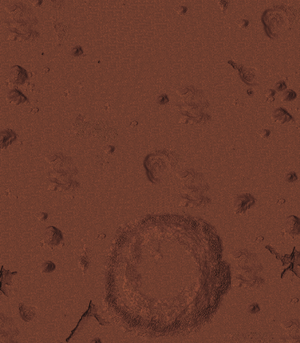 The mission opens with Core AKs, Pyros, and Cans executing roughly 20 PeeWees in the southern portion of the map. It is possible to save a few of them by hitting Ctrl+S immediately as the mission begins and repeatedly commanding the PeeWees to head north, preventing them from engaging the enemy forces. The 3-6 that survive the assault will join up with the starting forces in the north, where the Advanced Construction Kbot can begin repairing them as the rest of the units assemble for defense (or assault).

Arrange the units for bringing optimal firepower to bear on approaching forces. Put Hammers, Rockos, and Jethros in the back, PeeWees and Fidos up front. Split them into two equal groups with a small gap between them, so Core forces can be drawn between the groups once they begin the assault. When they begin the assault, it should be at a slow pace, allowing the Construction Kbot time to move between the two groups while staying out of the line of fire, repairing damaged units.

There is no urgent need to move the forces forward, so work on keeping them in good repair and prioritizing targets (faster units targeted first to keep enemies from getting too close). Once the Core forces seem to be gone, move towards the spot where the PeeWees started in the south. There should be a Construction KBot to destroy in this area, and there may be a couple of slower enemies along the way. Once the map is cleared of enemy forces, the mission ends.