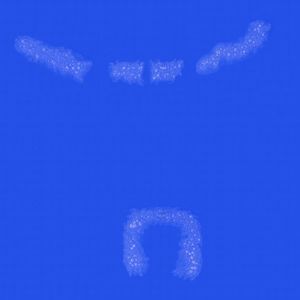 Core has been forced to pull back to their primary base. That base contains the last of Core on Hydross.

Priority Critical:
The Core base to the north is all that stands between Arm and secure Hydross... a world from which to stage our forces for the search of the remaining worlds in this system.

Info Feed
The Core base is located in a protected lagoon. The entry will be well defended. Expect stubborn Core resistance.

To complete this mission you must destroy all Core units and Serpents on the map.

There are some Core scouts and destroyers in the southwest corner of the map, with fighter cover. The reef at the top of the map is covered in guns and lasers with a few Torpedo Launchers in front of it; the main base is north of the reef in the centre and the Seaplane platform is on the right. Some battleships and other ships start the game just south of the central reef, and the central lagoon fills up with newly-constructed ships during the course of the game.

Almost every Core attack comes from due north of your starting position, so design your base accordingly. You will face air attacks from the start, so getting up some Defenders to the north of the base is a priority, and you want to be generous with them as you develop the base, mixing in the odd laser tower as your economy grows. It's worth having some Albatrosses patrolling north of your atoll to defend against attacking Hydras, and to eliminate the Serpents that patrol the right side of the map.

The wide open spaces of this map and the Core navy's abundant long-range weapons mean that the "information war" is important here. Advanced Sonar Stations, carrier radars and Seahawk sonar planes are your friends; Escort jammer ships are just as vital.

There's a metal deposit just left of the centre of the map - an Advanced Sonar Station here will not quite cover the central reef, you need to build it a few squares northeast of the deposit. To get sonar coverage of the main Core factories, you need to be further north still, just in sight of the reefs. A central sonar station won't cover the full width of the map, so you may want to build two at that latitude, one on the left and one on the right. This also keeps them off the main Core invasion route, but even so you may want to give them the company of a jammer ship.

You may want to warm up for the attack on the Core base by taking out the small fleet west of your base - their fighter cover makes an air attack suicidal. When you are ready for the main assault, take a couple of Rangers with a jammer ship and some kind of sonar/radar coverage to take out the ships in front of the reef, then the torpedo launchers, and then the guns on the reef itself. Be aware that Core will use exactly the same tactic against your base! The Rangers can then draw closer to the central lagoon and start on the ships and structures there. Meanwhile send in the rest of your fleet and airforce to mop up, it's relatively easy once the reef defences are destroyed. You may want to start on the right, to destroy the Seaplane Platform first, and then work your way through the central lagoon.