The following are the missions from the ARM Medium campaign. 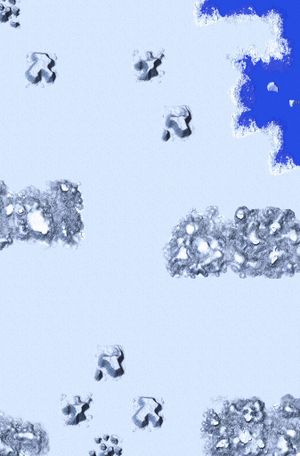 Mission Briefing: Our intelligence feed indicates that the Core are running a transport convoy through Lipar Pass, just south of your position. Unfortunately, we've been spotted and Core reinforcements should arrive in twenty minutes.

You must destroy all the transports before the reinforcements arrive.

Suggestions: The base is surrounded by Dragon's Teeth. You can quickly destroy these fortifications using your Commander's D-gun.

The transports are fast and tough so build quick firing guns to cut them down.

Battle Tactics: You can slow down enemy transports by blocking their path with your own units. The transports are easier to target while they are maneuvering around obstacles. 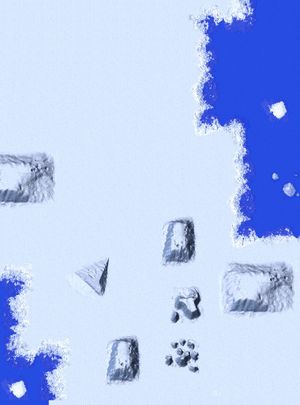 Mission Briefing: The Core Ice Base along the Frozen Sea has withstood all assaults. A powerful force has been assembled for one final attack.

You have two Construction Kbots for maintaining your assigned forces. There is not time to build a base.

Fight through the Core defenses and destroy their Fusion Power Plant before twenty minutes have elapsed.

Suggestions: Your Fidos are fast but have light armor. Hold them in reserve until your first assault has succeeded in blowing a hole through the enemy line.

Beware of attacking where they want you to. Don't walk into a Core trap.

Battle Tactics: Set your two Construction Kbots to patrol in a region that is easy to locate on your radar map. Any damaged units can be sent back to this region and automatically repaired when they encounter the Construction Kbot. 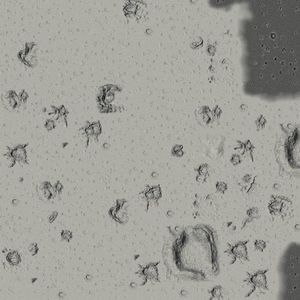 Mission Briefing: The Core have smashed our operations in the "Sea of Despair" basaltic flood basin.

Take whatever units survive, and establish a base anywhere you can. Destroy all enemy tanks.

Suggestions: Many of your units are damaged. If possible, repair units before sending them into battle.

Although the enemy has troops in the surrounding area, expect initial heavy assaults from the northeast.

Battle Tactics: The start of this battle may require your units to quickly retreat. Use CTRL + A to select all units and give them a MOVE order.

Setting a construction unit to patrol an area will allow it to automatically repair any wounded units it encounters.

No aircraft are available on this airless world. 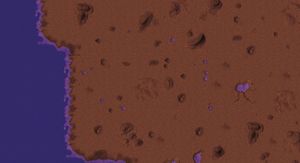 Backs to the Sea

Mission Briefing: Emergency! The Core have trapped you against the edge of the Yenisten Sea. Patrolling submarines prevent you from entering the water. They have sent dozens of Goliath tanks to finish you off.

Do anything you can to survive. Destroy all Construction Vehicles to keep the Core from establishing a base.

Suggestions: You must immediately build a Vehicle Plant and an economy to support it. It is suggest that you build surplus energy sources to power your D-gun in case of emergencies.

Battle Tactics: Use inexpensive light units to draw fire away from the Commander while D-gunning heavy tanks. Expect these attacks to come early.

If you have a construction unit guard the Commander (or any other unit), it will automatically follow and repair any damage done to the Commander. 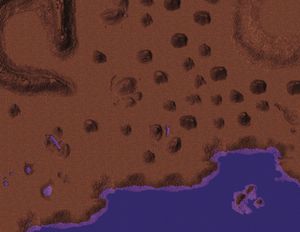 Mission Briefing: We need the long-range capabilities of the Core's plasma cannon: the Intimidator. Military intelligence leads us to believe the Core have sent an Advanced Construction Vehicle into this sector. Capture it.

Suggestions: The enemy is rapidly expanding its forces so beware of taking too long before you attack. Whenever possible, capture and use the Core's forces against them. Act quickly to avoid being attacked by reinforcements.

It is difficult to capture fast units, so use Spiders to paralyze them first.

Battle Tactics: Once captured, a unit's standing orders are automatically set to Hold Fire. You may want to change these orders before sending the unit into battle.

To do so, switch to the orders menu and click on Hold Fire. This will allow you to toggle through the aggressiveness settings available to that unit. 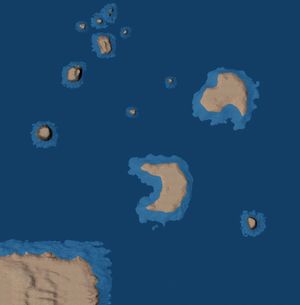 Mission Briefing: Alert: A Zeus Kbot has turned traitor and warned the Core of our intended assault on the Islands of Grace. As a result, the Core have improved their defenses on these islands. In particular, they have constructed two long range anti-matter cannons: Intimidators.

Your ground forces are contained within several Hulk transport ships. Prepare for an assault on the major isle in the southwest corner of the map. Regardless of casualties, this attack will be launched in order to destroy the Intimidators.

Invade the island to the southwest and destroy all Intimidators. You must also find and destroy the enemy Zeus traitor.

Suggestions: Use your navy to clear the coastline of Pulverizers so you can safely unload your Hulk transports.

Battle Tactics: Submarines can launch torpedoes at great distances. Skeeters have a wide visual radius. Use them to spot targets for your submarines. 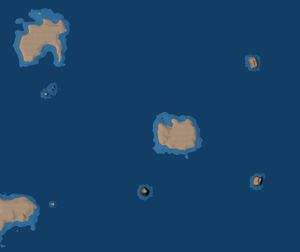 Mission Briefing: The Core have been building up their forces in the Sterile Sea area. Fortunately we have a strong naval force in the region. Take these units and destroy all hostile Core forces on and around these islands.

Suggestions: You have several construction units. Use them to repair your damaged units.

Focus on enemy units with weapons. You do not need to destroy all Core units to succeed in this mission. Beware, the enemy has many subs.

Battle Tactics: When using the right-click interface to reclaim metal, you must wait for the cursor to turn green before right-clicking. 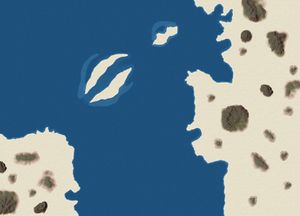 Mission Briefing: You will lead an amphibious invasion force of Triton tanks onto Meraldi Island in the east. Your Triton tanks have been given orders to wait five minutes before moving. This should allow your fleet enough time to begin the naval bombardment.

Your mission is to destroy the nuclear missile silo before it can launch. We estimate you have twenty minutes to complete your mission.

Suggestions: Your ships can shell the coastline defenses and clear a path for the Triton tanks.

Battle Tactics: Form a squad with your cruisers and use your lighter units to spot them. 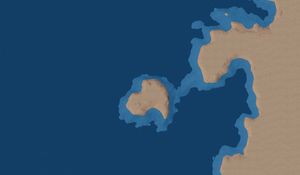 Mission Briefing: Emergency! The Core have launched a strong attack against our forces on Miniement Island although some or all of their naval force may withdraw after the initial shore bombardment.

The area is well mapped; your Advanced Radar Tower should allow you a clear view of the battle. It is thought that your shipyard is a high priority target, and it is unlikely that you will be able to save it.

Your orders are to stop the invasion. You must kill all enemy units of any type.

Suggestions: Try to build a mix of new fortifications and mobile units.

Battle Tactics: It is vital to target enemy units at long range using your radar.

If you are using the left-click interface, select a long range unit (a Guardian, for example), press the ATTACK button and then left-click on a red dot on the radar map within the selected unit's range.

With the right-click interface, select the long range unit and right-click on a red dot on the radar map.

This technique is important as your units will not automatically target enemy units outside of their visual range. 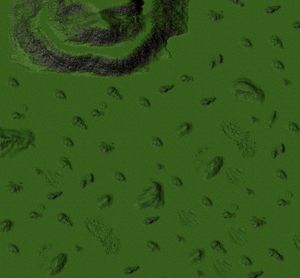 Mission Briefing: The Core Commander has built plasma cannons on a hill now known as "Intimidator Ridge". This hill has dominated the surrounding terrain and withstood three of our attacks.

A kamikaze bombing run destroyed the Fusion Power Plant fueling the Intimidators. For a few brief minutes, while the Core rebuilds, the hill is vulnerable.

You are in charge of the fourth attack on the hill. Destroy all Intimidators.

Suggestions: Core strategists tend to build long range guns and hide them behind radar jammers. Don't get trapped in an artillery duel; blast your way into the enemy base.

Intimidators have a minimum range of about half of a screen. If you can get a unit inside that distance, it will not be targeted by the Intimidators.

Battle Tactics: CTRL + W will select all your war units (units with weapons), except your Commander.

When building an expensive unit (a Moho Mine for example), you can have several construction units assist its construction, including the Commander.

To help another unit build, select one or more units with nanolathes and GUARD the original unit. Or press REPAIR on the build menu and then left-click on the unit under construction.

If you are using the right-click interface, select the helping units and right-click on the unit under construction.