The following are the missions from the Core Short campaign. 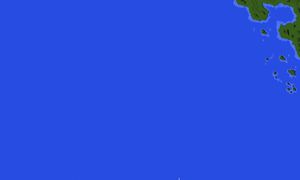 Mission Briefing: An ARM fleet is escorting a wounded Millennium battleship, racing for Caladon Port in the northeast.

Destroy the battleship before it gets there. You have ten minutes to complete your mission.

Suggestions: Keep your Titans concentrated; they are more effective as a group.

Battle Tactics: Hold SHIFT down while entering multiple move commands for your scouts. 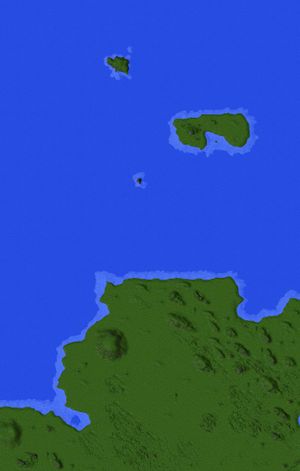 Mission Briefing: The ARM have placed a heavy emphasis on battleships during their naval attacks. They have established a forward base in our vicinity. The coastline is heavily guarded by anti-air units.

Every ARM Battleship and Construction Ship must be destroyed.

Attention: The ARM may attempt to intercept the attack using submarines. The route must be clear before sending in amphibious tanks.

Suggestions: The Hive light carriers can repair damaged aircraft. You may need to sacrifice your Rapiers in order to cripple the air defense and destroy Guardians, allowing your Crocs hit the shore.

Battle Tactics: There are various methods for controlling multiple groups of aircraft: 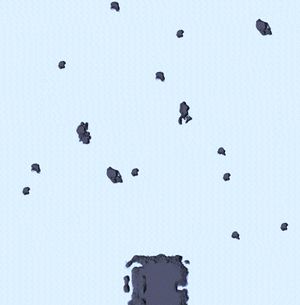 Mission Briefing: We must gain air superiority in the skies above the endless mists of Grantham Deep.

Suggestions: Vamps are most effective in dogfight situations when they can move freely.

Battle Tactics: To track the movements of an aircraft, select the unit, then press T. Use the standing orders button to instruct your aircraft to pursue the enemy (select the aircraft, then click on the button labeled Maneuver to switch the orders to Roam). 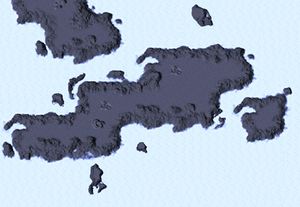 Mission Briefing: The ARM base on Skyreld Mesa produces the majority of the metal used by the ARM in this sector. We can strengthen our control of this area by wiping out the ARM metal economy.

Suggestions: Keep moving to dodge the incoming Guardian and Bertha shells. Wait until a Bertha shell explodes before stopping to D-gun a target.

Battle Tactics: Use CTRL + A to select all units and move them as a group. D may still be used to control the Commander's D-gun. 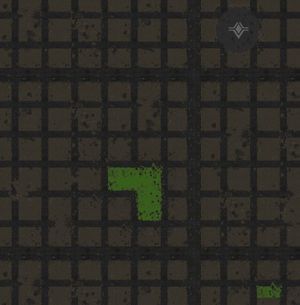 Mission Briefing: The Krocark Firebase Complex is the only portion of Drenigal City that remains strongly defended by the ARM vermin. If control is gained in this southwest sector, the rest of the city will easily fall to our forces.

You are ordered to destroy any Big Berthas and Fusion Reactors.

Suggestions: Keep moving to avoid Bertha fire. Use the radar map to find the enemy.

Battle Tactics: Use mobile radar informers to spot distant enemy units. Long-range Diplomats and mobile artillery are most effective when kept in the back of your troops.

Mission Briefing: Our Construction Kbots were attacked by a squad of veteran ARM Bulldogs and Zeus during a reconnaissance mission outside of Jungle Base Eight.

Continue the expansion of Jungle Base Eight, and eliminate the ARM presence.

Suggestions: Build light fortifications with your construction units in order to delay the enemy until reinforcements can be created.

Mission Briefing: The intractable ARM have turned the Kathos Sea into a power base.

Blast your way through the Terseknos Strait and destroy all enemy Tidal Generators.

Suggestions: The difficulty in this mission is maneuvering your forces in the narrow strait. Don't try to move all your ships through at the same time.

Battle Tactics: Your destroyers (the Enforcers) and your cruisers (the Executioners) are the only ships in your fleet capable of targeting subs. Spread them throughout your line to defend against sub attacks. 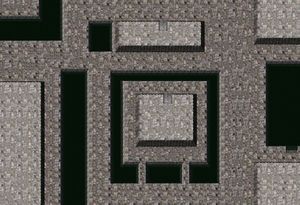 Mission Briefing: The ARM scum have created a Bertha firebase. If destroyed, the ARM forces will be forced to retreat. Cleanse Core Prime Sector 9387 of all long-range Bertha guns.

Suggestions: Use your Diplomats and mobile radar units to attack fixed defenses at long-range. Keep your units moving. 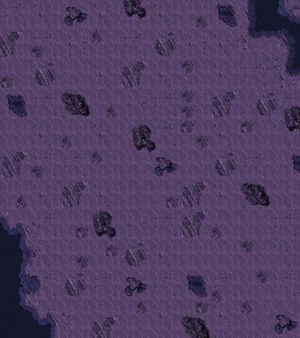 Mission Briefing: An enemy Commander has been spotted amongst ARM troops in the mineral-rich Labrodorite plain. Find and destroy the ARM Commander. Do not let any ARM units escape to the west.

Suggestions: Beware of ARM defenses to the northeast.

Battle Tactics: Use circular patrols while looking for the enemy Commander. To do this, select one or more units, click on the PATROL button, then, while holding down SHIFT, click near each corner of the radar map. This will set a patrol route along the entire perimeter of the map.

Skirmish on the Sand

Mission Briefing: ARM construction activity has been detected on two islands in the Sheldon Archipelago.

Your forces will be deployed between the islands. Destroy all ARM Geothermal Powerplants and Fusion Reactors. Once their energy sources are destroyed, we can easily remove the remaining vermin from Sheldon Archipelago.

Suggestions: Use your submarine superiority to patrol the enemy coastlines. 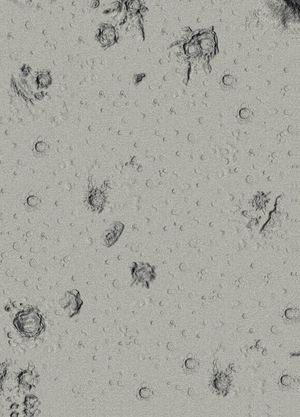 Mission Briefing: You are being sent to the moon Novaspin IV, currently utilized by the ARM as a major metal supply. You must quickly establish a base before your presence is detected and a major attack is launched.

Beyond simple survival, your orders are to destroy all of the enemy Kbot Labs. There can be no reinforcements sent to Novaspin IV for thirteen days so you must carry the attack on your own.

Suggestions: Work quickly to build up your economy. Prepare to fight off a stubborn ARM counterattack. Your only advantage is that it will take a few minutes for the ARM to redirect their resources and start building war units.

Novaspin IV has only a trace atmosphere. You will not be able to build any sort of aircraft.

Watch your energy economy, especially if you capture any Moho Mines, as they require a great deal of power.

You need power to build, fuel your forces and fire your D-gun, so be sure to have enough power sources to support your economy. Keep a surplus of energy on hand when using your D-gun. Use X to toggle selected Moho Mines on and off. 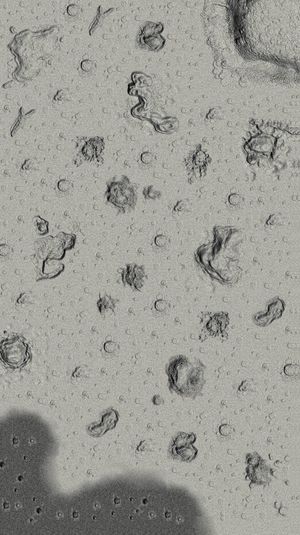 Mission Briefing: The ARM forces on the moon Nayrb have been abandoned. Mop up any remnants in your sector.

Suggestions: Use your mobile construction unit to repair any damaged units. The ARM has stripped the moon of its resources; base construction will be difficult.

Battle Tactics: Press ~ to show how much damage your units have taken. If you have set up squads this will also display your units' squad assignments. Squads can be set by selecting a group of units and pressing CTRL + (1 through 9). Use ALT + (1 through 9) to re-select the squad. 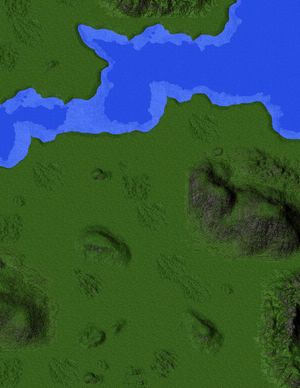 Mission Briefing: The ford at the mouth of the Tiebreemb River is believed to be lightly defended. Established a base, then launch an attack to the north. Solidify the Core presence by building a Vehicle Plant on the northern shore. Eliminate any ARM scouts in the area.

Suggestions: Building one or two Solar Collectors or Wind Generators will provide you with the energy income to complete the Vehicle Plant more quickly.

Battle Tactics: Your Commander can wade through deep water, but your other units must cross the river at the shallow ford. Shallow water is light blue.

The Vehicle Plant build button is on the second of the Commander's build menus. Push the right arrow to scroll through the build menus. The . and , may also be used to move between build menus. 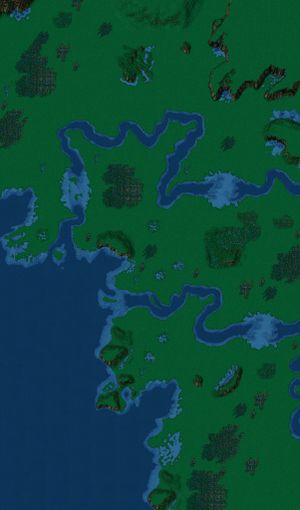 Mission Briefing: The backwards ARM have erected a small base in a clearing to the northwest, beyond two rivers. In the clearing are several ore deposits and a Geothermal Powerplant.

Battle Tactics: Use Levelers to clear a path through the jungle. Select a Leveler, enter A (the shortcut key for Attack), hold down SHIFT, and click on the ground in several adjacent areas. The Leveler will use suppression fire to remove the vegetation. 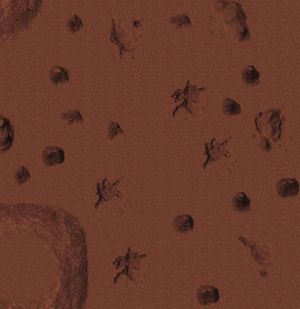 Mission Briefing: INTEL FEED: The capture of an ARM Advanced Kbot Lab would successfully weaken the ARM resistance. Such a lab has been detected on a hill in the southwest area of the Nehagoba desert.

Your orders are to capture this Advanced Kbot Lab, then use the lab to build an Advanced Construction Kbot and construct an ARM Moho Mine.

Suggestions: It is extremely important to build or capture at least two Solar Collectors in order to power the Commander's D-gun. You can reclaim boulders and wreckage to gain the extra metal needed to complete the Moho Mine.

Battle Tactics: When capturing a factory that is actively building a unit, click on the edge of the building (as opposed to the center). This will avoid unsuccessfully capturing a unit under construction. 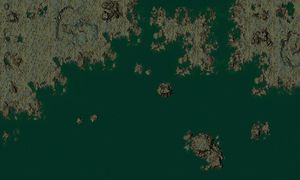 Mission Briefing: The foolish ARM forces have established a small base on an island to the west. You must cross the acidic waters of the Less Refreshing Sea in order to destroy it. The ARM have set up stationary defenses along the way.

Eradicate the ARM base within twenty minutes. Do not lose your Dominators.

Suggestions: Use the long-range firepower of the Dominators to destroy the base from a safe distance.

Battle Tactics: Enemy units will only fire when your units are within their line of site, or when being fired upon. Therefore, use Dominators to bombard the enemy during an initial attack, minimizing the ARM's ability to return fire. 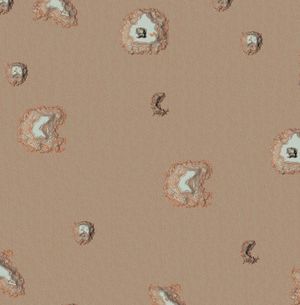 Hot Day and Hull Down

Mission Briefing: The geography of Neovestral II has few natural barriers. Thus battles covering hundreds of kilometers are common. Control of the planet has swayed back and forth but currently the ARM have the advantage: they have just captured our Galactic Gate. Months of work have been lost.

This is unacceptable. Recapture our Galactic Gate.

Suggestions: Return attack groups to the base for repairs. Units with more battle experience will eventually gain Veteran status, which enables them to fire faster and more accurately.

Battle Tactics: The term "hull down" refers to the burrowing of a tank within the terrain, leaving only its turret exposed. This can be simulated using Dragon's Teeth; the enemy shots will hit the fortifications rather than the tank itself. This technique is effective when used with vertical-firing tanks such as the Diplomat. A drawback of the "hull down" strategy is that the tanks remain vulnerable to heavy rocket fire. 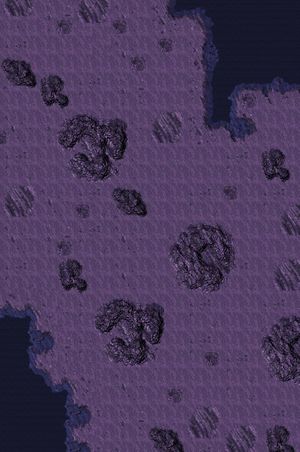 Mission Briefing: Your mission is to intercept an ARM expansion project in the Seed Crystal Plain.

Build a base and destroy all mobile enemy units. If possible, capture enemy structures.

Suggestions: Set up Radar Towers as you explore the area to find the enemy scattered throughout the region.

Battle Tactics: To reclaim wreckage for metal, select a construction unit, press 1 to bring up the orders menu, press E to select the RECLAIM mode, and then click (using your left mouse button) over the wreckage. When using the left-click interface, your cursor will change to the reclaim cursor when passing over the wreckage. In the right-click interface, the cursor simply turns green. 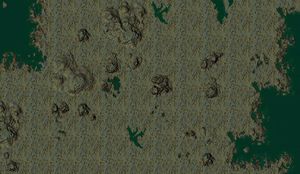 Mission Briefing: We have shattered the primitive Arm on the southeastern edge of Kral Bay. Though many units remain, we believe that all mobile construction units have been destroyed.

Sweep through the area and destroy all ARM survivors.

Suggestions: Do not scatter your forces. Don't use up all your scouts in the initial conflicts. They are very useful later when you have to search for the enemy. 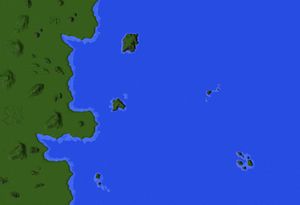 Mission Briefing: INTEL FEED: A force of ARM air units is headed to your sector of the Astrede Shoreline.

Defend your Fusion Power Plant against the oncoming attack.

Suggestions: Set the Aircraft Plant so that all aircraft it creates will automatically patrol over your Fusion Power Plant.

Set a Construction Kbot to guard the Fusion Power Plant; it will automatically repair the plant whenever it gets damaged.

Battle Tactics: A factory's PATROL button sets all units it produces on a patrol route. To do this, select the factory, click the PATROL button and then click on the map or radar screen to set the other end of the patrol. Holding down SHIFT during the last step allows you to set multiple patrol points.