Narration: Aware of the Core's massive efforts to protect the gate on Barathrum, the Arm commander took an unpresented action, and expended the vast quantities of energy necessary to send the scouting team ahead, before crossing the gate personally. The team did not return... the destination world, Rougpelt, had long been occupied by the Core, and no Arm personally had reached the planet in over a thousand years.

Priority Critical You are alone on this one Commander. The scouting team sent ahead must be considered lost. Work your way to any communications towers. If you can capture a CORARAD advanced radar tower, we will have gained valuable information concerning Core strength on this new planet.

Info Feed The new planet is known as Rougpelt. Be aware that Rougpelt is prone to meteor showers. Stay alert! Your ability to capture may gain you some allies as you search for the advanced radar tower. Furthermore, the alien plant life may prove a useful energy source. 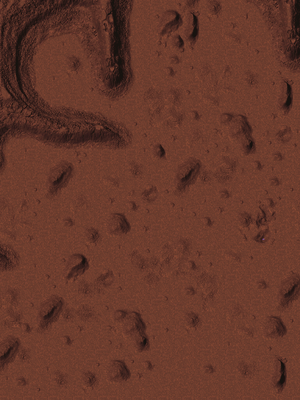 The Zipper will approach the Commander at the start of the mission. Defend it and destroy the three AKs chasing it, then repair the Zipper. Head east to the mouth of the canyon and build a Radar Tower, then continue southeast towards two Core Solar Collectors.