Narration: Rougpelt was fraught with natural obstacles in addition to Arm battalions. The most notable of these obstacles was Xantippe's Abyss, a yawning, bottomless chasm that spanned a continent. There was some speculation that the chasm was not natural at all, but that in the early days of the war one side or the other had, in its reckless enthusiasm to wrench the resources from the ground, simply cracked the planet in two.

Intell-tap Arm has assembled an Annihilator weapon on the other side of Xantippe's Abyss. The one crossing is well guarded. Capture the Bertha Cannon to the east and use it to weaken the 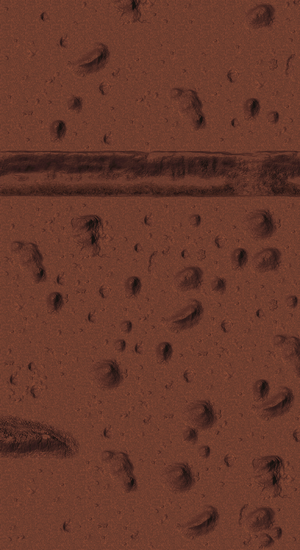 Head east to find two Sentinels and the Bertha. The Bertha won't fire upon the Commander, but the Sentinels will, so take them out quickly. Capture the Bertha and find some Dragon's Teeth nearby for a good early source of metal.

You won't need any significant defense (none at all if everything goes right), you just need the Bertha and an Advanced Radar Tower. Build south of the Bertha to be safe, going through the tree to get an Advanced Construction KBot to build the tower. Placing the tower just north of your position should expose the enemy units quite nicely, which will allow you to pick them off with the Bertha.