The following are the missions for the Core Long Campaign. 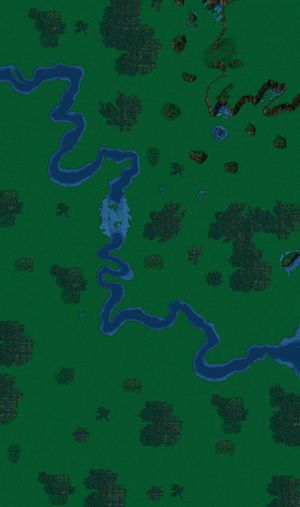 Mission Briefing: Attention: Our base on the Ravenstein Ridge has been repeatedly assaulted by the dogged Arm. Though suffering heavy losses themselves, the Arm have succeeded in destroying all of our factories and Construction Vehicles. At this point simple attrition is all that is needed to eventually reduce our base. Your orders are to hurry north and relieve the base before the expected Arm assault destroys this strong position. After you have stabilized the situation, destroy all enemy units. Protect your Fusion Power Plant at all costs.

Suggestions: Use your Goliaths to clear a path to the ridge. If your base comes under heavy assault, the D-gun can be used to destroy concentrations of enemy units.

Battle Tactics: You can listen to your own music CDs while playing Total Annihilation. Put your favorite CD into the CD-ROM drive after a mission has loaded. Press F2 then OPTIONS and MUSIC to customize the settings. 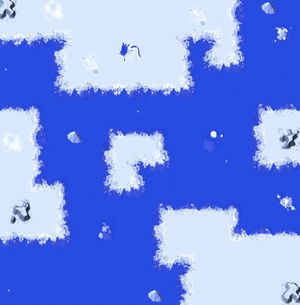 Mission Briefing: A combination air and naval base in the Yrdac Islands has successfully resisted three attacks. It is thought that an Arm scientist has created an innovation in the Geothermal Powerplant within this base as it is located in an area far from normal geothermal sources. Rather than a bombardment of nuclear missiles, you are ordered to demolish Yrdac Base personally. Destroy all Metal Extractors and Moho Mines and capture the Geothermal Powerplant located in the northern region of the map.

Suggestions: Previous assaults have destroyed most of the large guns so Yrdac Base is thought to be vulnerable to shore bombardment. It is suggested you use Finks to spot for your ships.

Battle Tactics: Hit ENTER, then type '+shootall' on the message line. This allows your units to automatically target buildings as well as hostile enemy units. Type the code again to turn off this setting. Frequently repair damaged units. A construction unit set on patrol will automatically repair any damaged friendly unit in the vicinity. 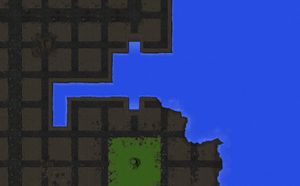 Mission Briefing: Attention - Top Priority A spy missile was recently launched into Arm territory. Its communication systems were destroyed before any transmissions could be made. The missile pod eventually crashed into Pikas City, covering two-thirds of the planet's circumference during its descent. A recent improvement in our missile pods included the addition of a black box capable of surviving a fall from orbit. In the memory banks of this black box are pictures from orbit revealing the Arm's defenses for over half the world. You are ordered to assault Pikas City and capture the remains of this satellite believed to be buried in a crater somewhere in the region. Any Advanced Construction Vehicle that reaches the crater will be able to recover the information. Some of your transports contain Advanced Construction Vehicles. Do not lose them!

Suggestions: Use your ships to destroy the ground defenses so your transports can land safely. Use the radar from the Missile Frigates to identify and neutralize threats.

Battle Tactics: To speed up unloading your transports, click on the UNLOAD button. Then, while holding down SHIFT, left-click several times along the coast. This will queue multiple unload commands at once. Spread out your unload points to avoid piling units on top of one another. Caution: Your Commander is in the unarmed Valkyrie transport. If this air transport unit is destroyed, your Commander will be destroyed as well. 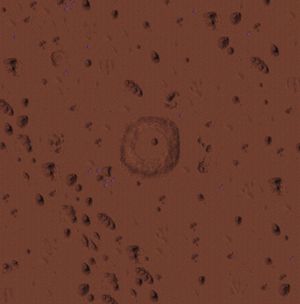 Mission Briefing: We have isolated a cluster of Arm units but they have proven impossible to dislodge. A Bertha firebase has been constructed on the hill called Prasad to protect these Arm units. Our last attack destroyed all Construction Vehicles on the top of the hill, so they will not have been able to repair damaged units. Commander, capture or destroy the recalcitrant Arm's firebase on the hill to the northwest. Survive all enemy counter attacks for one hour.

Suggestions: It is vital to capture the Fusion Reactor. Until the Bertha is captured or destroyed, keep moving.

Battle Tactics: You will want to capture the Bertha and the Fusion Reactor. Select all units with CTRL + A and set their orders to Hold Fire when you find the Bertha. This will keep your units from destroying the Bertha before you can capture it. Once captured, reset all standing orders. 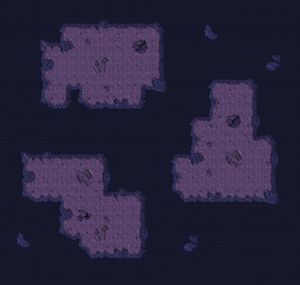 Mission Briefing: The Arm have managed to build up a strong air and naval force in the south. You are ordered to destroy all of the Arm's Geothermal Powerplants and Advanced Shipyards. You have one hour to accomplish your mission.

Battle Tactics: Hit ENTER and type '+sing' on the message line. Every time you move your units they will sing to you. Type '+sing' again to stop the chorus. Although not a strategically helpful cheat code, it may keep you company during this longer mission. 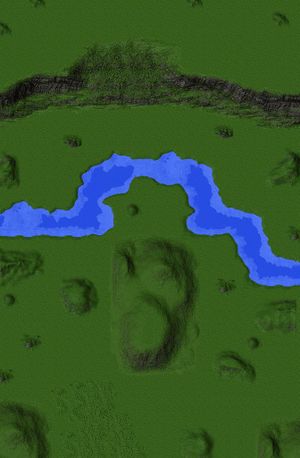 Mission Briefing: The Arm's push north through the foothills of the Webster Mountains has finally been halted. After a fierce battle, we have prevented them from crossing the Dalok River. However, their Guardians, built on the heights south of the ford, have stifled our counterattacks. "Guardian Hill" dominates the region and intelligence suggests that if we take it, the Arm will be forced into general retreat. You are ordered to advance across the ford and build a Punisher on top of Guardian Hill. You have only 50 minutes to complete this mission as you are desperately needed elsewhere.

Suggestions: Do not attack piecemeal. Attack in large groups and pull your forces back when you don't think you can accomplish anything more. Build up your economy using the resources in the areas you capture. Build several factories as you will need many units for this battle.

Battle Tactics: Giving a MOVE command to your factories tells the units it produces where to move. Select the factory, press the MOVE button and then click on a destination point for the units. Holding down SHIFT allows you to give the factory multiple MOVE commands in a row. New units will travel to each waypoint en route to their final destination.