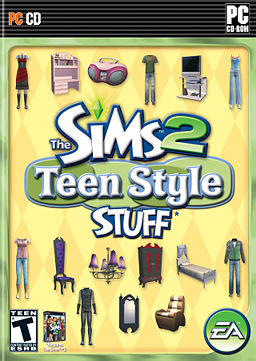 The Sims 2: Teen Style Stuff is the sixth stuff pack released for The Sims 2. It was released on November 5, 2007.

This pack revolves around giving objects that allow you to give your teens more personality. These objects revolve around three themes. Goth, Thrasher and Socialite. Some objects are designed for one specific theme while others have design mode variations for each theme.

Other features that were introduced in other expansion packs include.