The Sims 2 Nightlife gives players the option to turn their sims into vampires much like zombies in University. This page explains how to become a vampire and how to live like one. 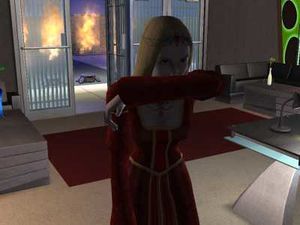 The grand vampires are recognizable because they look like vampires 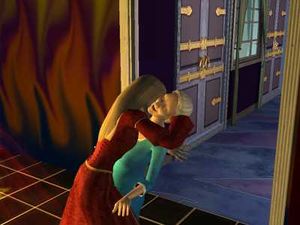 A sim being transformed into a vampire

Vampires only exist downtown at first, so if you wish to make your sim a vampire, you must first make sure your neighborhood has a downtown attached. Vampires are easily recognizable because they dress like vampires, have grey skin and only come out at night. Their first name will also have 'Count' or 'Contessa' preceding it. If your sim builds up a high enough relationship with the vampire, there is an ever-increasing chance that they will be bitten by the vampire. This chance can be altered by the sims logic skill.

At night, vampires are creatures with boundless energy. Their needs will never decay during night. Note that this only occurs at night. If a vampire needed to go to the toilet before sunset, he or she will still need to go after sunset. It just means that after they've gone, the bladder need will not decay until sunrise.

At sunrise, vampires' needs will start to decay at a faster-than-usual rate. This rate will be increased if they go outside. If all their needs hit the bottom, then they will die. To counter this, purchase a vampire coffin. The coffin will freeze all their needs when slept in. Unlike normal sims that wake up when their energy need reaches maximum, they only get out at sunset. 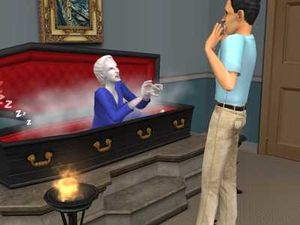 If a sim peeks in the coffin, they might just get a scary surprise

Vampires also have other features: 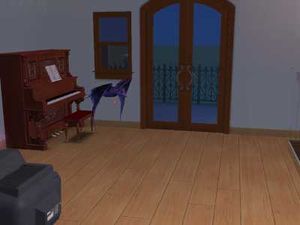 Vampires have other ways of getting about 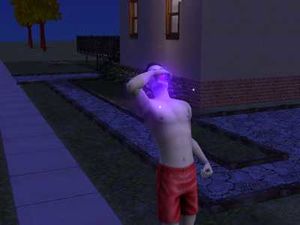 Sims can cure themselves with a little potion

If your sim gets tired of being a vampire, a cure is available. If a vial of Vamprocillin-D is purchased from the Gypsy Matchmaker NPC, it can be consumed. This will cure the sim of vampirism. If a non-vampire takes the potion, then there will be no effect.