Groups are a new way to get out on the town with a few of your friends. Previously you could only invite one non-household friend with you. Now with The Sims 2 Nightlife you can invite several of your friends out on scored outings that, like dates, can provide several rewards. This article reviews the mechanics of groups and outings.

Functionally, there are two types of groups

Casual groups are improvised groups made up of whoever's on the lot at the moment. To create a casual group click on any sim and select Ask...to Form Casual Group and then select either For an Outing or Just For Fun. You can then add other members to your group by selecting Ask...To Join Casual Group. The group is not permanent and when disbanded, must be recreated with the process above. 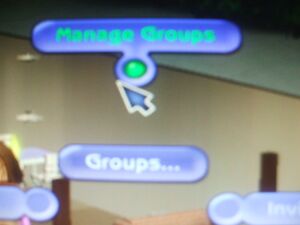 Create a group with this interaction on the phone 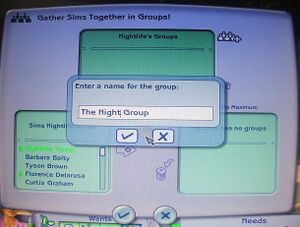 Choose a name for your group and then choose your members.

Organised groups are created through clicking on the phone. To create this type of group select Groups...Manage Groups. A menu will appear with all the sims your sim knows. Any sim can be added to the group. When you want to get the group together, click on the phone and select Groups again then select where you want to meet and what type of outing it is. Sims may decide not to come based on relationship, whether they're out, the time of day and whether they own a phone or not. During the outing, if a sim leaves the group for any reason, they are not permanently removed from the group. This is also the case if your sim asks a member to leave the group.

There are two types of outings. As with dates they can be held almost anywhere and can transfer lots during the outing period.

Just for fun outings are unscored outings that go on for as long as you decide. They are like parties, in a way, but they have no timer, no score and can be held on community lots. They can end in a number of ways.

These are just like Just for Fun outings except that during the outing, an outing meter will appear in the top right corner. This meter shows the outing score and rating as well as the time you have left. The outing score is almost similar to the date score but it does function a bit differently.

The outing score is changed by all the events that alter the date score but is also altered by the average group mood. If a member of the group is unhappy, expect the score to drop. There are also some outing events that do not alter the date score. The table below explains them all. For information and what Personality and Aspiration mean in the table below see Dates 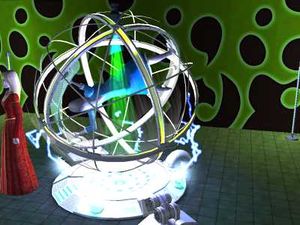 Why not try increasing your score with the dance sphere

There are also some date events that don't alter the outing score. These are:

As with the date score crossing the threshold gives the outing extra time.

Sims tell you what they thought after the outing

Outings are ended in much the same ways as dates.

Outings provide many of the same rewards that dates do. The following table show the outing rating and the amount of points each rating requires. It also shows contact duration if your sim receives a call from a contact after the outing.

Outings provide the same rewards with dates. However there are some exceptions.