Strangetown teaches you about some of the paranormal features in The Sims 2 including alien abductions, the grim reaper, ghosts and the sim shrink. 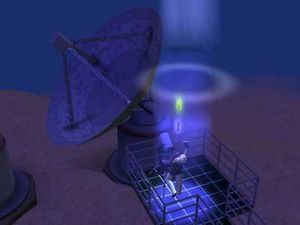 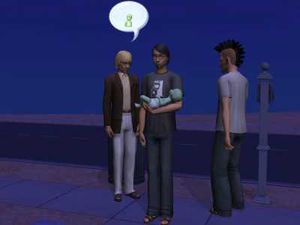 Have Viducnd Curious stargaze on the rooftop telescope. He will be abducted by aliens. Wait and fulfill wants for the other two members. You'll notice that Pascal Curious is pregnant. In the early morning Vidcund will be returned normal but pregnant. Pascal then gives birth to an alien baby. It's also useful to make friends with the visiting Nervous Subject. 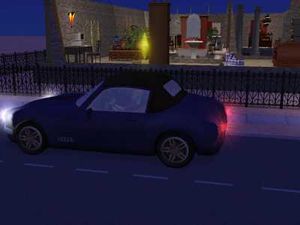 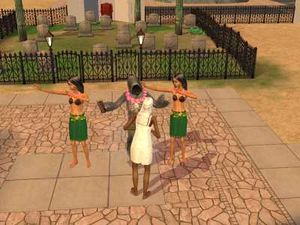 Olive Specter is almost at the end of her life. Have her retire. Next socialise with Ophelia a bit then have Ophelia ask permission to go out. If successful, have her go out with Johnny Smith. If you keep playing, Olive will die a couple of days later. Keep her aspiration is platinum and she'll die happy. 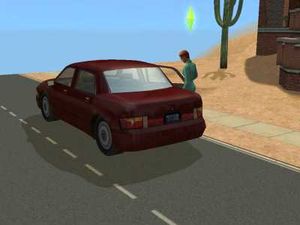 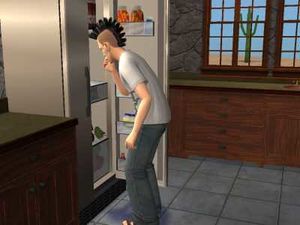 Circe Beaker wants a promotion. Fulfill her needs and make sure she gets to the carpool on time. Meanwhile, Nervous, who is on low aspiration, stuffs his face at the fridge. This brings on the roaches and unless the player diverts him away from the roaches in time, aspiration failure. The Sim Shrink comes and fixes Nervous up. Hire an exterminater and then fulfill wants for Nervous. When Circe comes home, she should have the promotion. 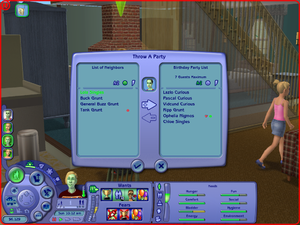 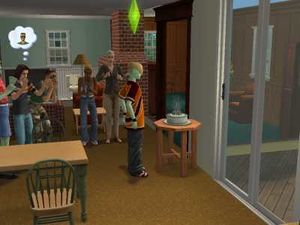 It's time for Johnny Smith to grow up. Throw a birthday party and do your best to keep it a success. Note that Tank Grunt will gatecrash the party. Make sure he doesn't ruin the party. Further into the party, have Johnny blow out the candles on the birthday cake. When he transitions into an adult, one of his wants will be to move out. Click on the newspaper and have him start his new life as an adult. 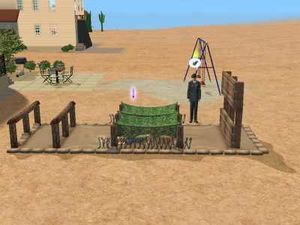 Tank wants to please his father. Get him a job in the military career. Throughout the day, have Buzz Grunt train his kids on the obstacle course. The next day, make sure Tank goes to school. When he comes home, he'll have an an A+ and his dad will be truly proud.