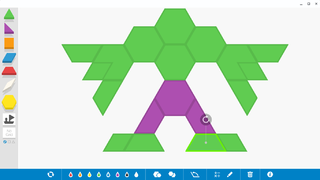 Map of the Leviathan's bridge

Bridge storage is to the northwest of the bridge itself. Beyond the standard door in the south wall of the southeast corner is the command deck, to which you shouldn't need to return unless you haven't already retrieved space suits from its Armory.

There's a pile of parts by the west wall, and six storage containers in the northwest corner, three of which contain mostly random items:

The airlock inner door is in the north wall of the northeast corner.

[You will need space suits to exit the airlock.]

If you've already retrieved space suits from the Armory of the command deck then when you use the door, you will simply exit. While wearing space suits you'll move quite slowly and you cannot attack or use Force powers, but the only thing you have to do is walk along the walkway and use the airlock outer door in the south wall at the east end of the walkway. Your space suits will be removed after using the airlock inner door in the south wall of the airlock beyond, and you'll need to equip your weapons again (any buffs have also been removed).

Beyond the standard door in the south wall is a room containing five Sith elite troopers:

There are three large lockers by the south wall in the southwest corner with mostly random contents:

Beyond the standard door in the east wall is a corridor leading straight up a series of two ramps to the door of the bridge at its east end.

Before opening the door to the bridge, prepare to engage in combat: the bridge will remain locked until it's concluded. Admiral Karath awaits you at the east end of the bridge, flanked by two dark Jedi:

There are also four Sith elite troopers, one to either side of the Admiral and dark Jedi, and one to either side of the locked door behind you. These are similar to those encountered after exiting the airlock, except they only have 118, not 140, Vitality, they may use Stun Batons in melee combat and they'll definitely use their three Plasma Grenades: successful Reflex Saves and (Improved) Energy Resistance should make these much less troublesome, otherwise they should be debilitated by you or Bastila, or engaged in melee combat.

There's a computer panel in the northeast corner of the bridge:

As you return to the west, you'll encounter three Sith grenadiers approaching the bridge:

Once you've taken the elevator to the Hangar, you won't be able to use it again.