Henesys is a peaceful town in the prairies on the southern section of Victoria Island. Many of its buildings are shaped like mushrooms. The town was supposedly settled by elves and Athena Pierce seems to be one of the last survivors. This is the place to go if you want to go to become an archer. It is one of the most important towns in the game. The leader of Henesys is Chief Stan, an old man with two sons whom both serve important purposes. A character hoping to become a bowman (another word for archer) has to be level 10. The monsters south of Henesys help train players from 10 to 30.

In ThailandMS and GlobalMS, Players can talk to the NPC Thomas Swift to transport to Amoria. In ChinaMS, a monk can transport players to Peach Blossom Island.

Henesys is home to mushrooms, which come in various types and colors. Some of these are able to jump, while others cannot. Explorers will be sent here after completing the 1st job advancement due to this being a lower level area. Henesys is also home to the Mushmom and Blue Mushroom, some of the first bosses a player is usually capable of taking on by themselves. Mushmom is found at a separate area accessed from Humming Forest Trail. Blue Mushmom is found at a map accessed from Blue Mushroom Forest.

This is the place where a player starts playing an Evan, the Dragon Master. It introduces the storyline on how Evan found the Dragon near his home near Henesys. Evan is the younger brother of Utah, who gives many quests and takes care of a pig farm.

Level Range: 15-19 The original birthplace of the Stone Golems. It was once a beautiful temple that they were created to guard, but it now lies in ruin. The Golem Temple is another one of the remains of the once-great Sharenian culture, which ruled over Victoria Island long ago. Despite the fact that it is no longer used, Stone Golems and Mixed Golems still guard it with the patience of a rock. 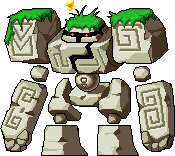 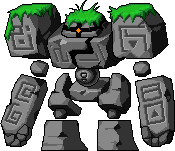 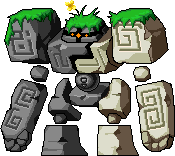 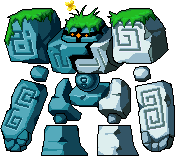 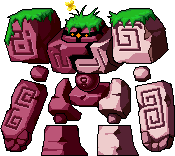