Leafre is an egg-themed area that is found in the West of Ossyria. It is one of the most powerful areas in all of MapleStory, with monsters even stronger than those found in Aqua Dungeon, Ludibrium's Clock Tower or Crimsonwood Keep. The 4th job advancement can be made in Leafre. To get there, players must ride a large blue bird from Orbis Station. The blue bird has some invisible ropes on its body to let players climb on it.

Also, you can buy a Magic Seed from Chief Tatamo in Leafre for 30,000 mesos to create a two-way portal from Leafre to Ellinia. The price of these seeds can be lowered by donating items to the chief for the town's well being.

Right outside town, there are two forested areas on either side. On the right side of town, Beetles and Birks roam the grounds, and Harps float just above. On the left side, Rash and Hankie wander around. Deeper in the forest, you can find the territory of the Kentaurus, which has many powerful red, blue, and dark colored monsters. The Dragon Forest/Canyon and Cave of Life are located down an opposite path of the Kentaurus forest.

There are two bosses in Leafre: Manon, a large dragon, and Griffey, the mount of the famous warrior Sayram. Both are level 120. 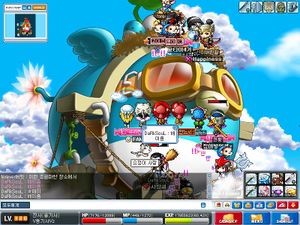 The ride traveling between Orbis and Leafre 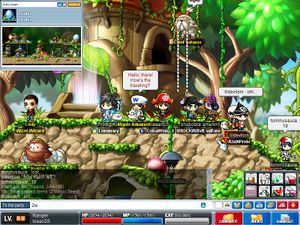 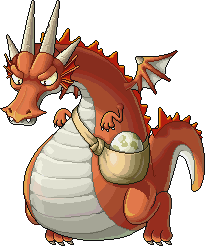 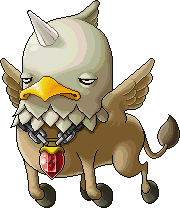 This red forest area has many high-leveled monsters such as Dragon Turtles, Brextons, Rextons and Cornians. All of the monsters are level 127 and above. The area is in a lightning storm, with enormous dragon skeletons lying around. Giant thorns and roots meander across the screen. Rusty reddish trees and bushes grow in the ground. As one ventures out, large rock formations appear. Traveling through the Dragon Turtles with their powerful attacks, both physical and magical, provides a serious roadblock to the average explorer. 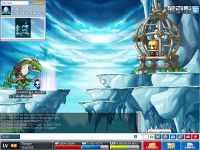 Past the Dragon Forest, you can find an icy mountain area with some of the most powerful monsters in the game, such as the Red, Blue, and Dark Wyverns, Jr. Newtie, Nest Golem, Skelegon, and Skelosaurus, the latter two being weak to heal. The wounded Raul is stranded out here, injured after his near-fatal battle with Horntail, and Moira, a human being kept in a cage by the Cornians. At the end of the Dragon Canyon, there is a portal that leads to Cave Of Live, where Horntail resides. 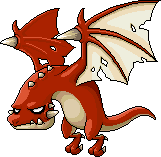 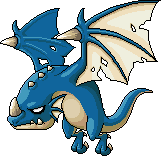 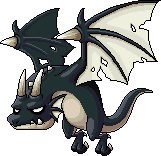 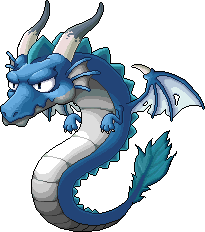 At the end of Frozen Ice Fields, Dragon Canyon lies the Cave of Life. Inside the Cave of Life is a section of Leafre that includes the composite boss monster, called Horntail, whose power is even greater than that of Zakum's. 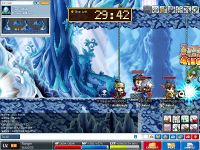 A room in the Cave of Life.

This room used to be a place where parties must go through to fight Horntail but due to discovery of shortcuts, it is no longer needed.

More details on the Cave of Life's Party Quest can be found on the Party Quests page.