Singapore is accessible by purchasing a plane ticket from Irene for 10,000 mesos and boarding the plane located at Victoria Tree Platform. You will land at Singapore's Changi Airport and exiting the current map will bring the player to the first town of Singapore: CBD. This area is currently only in MapleSEA, as it was removed from other versions. Players can access this area starting from 170+. 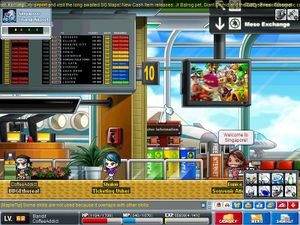 This is the landing area where newly arrived players appear after their flight. It has a very modern feel, and lists many potential destinations, though none are available yet except Victoria Island and Orbis. 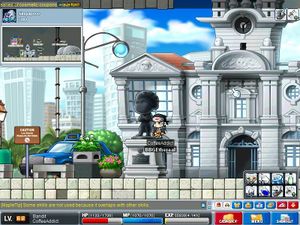 The CBD (Central Business District) is the first town in Singapore. This area features some famous Singaporean landmarks, like the Merlion, Statue of Sir Stamford Raffles and Esplanade. An NPC sells many local delights of Singapore here. Some examples are Laksa, Durian, Hokkien Mee and Chilli Crab. There are two exits in CBD. The portal to the right is linked the Central Way, and the portal to the left links to Singapore Airport. 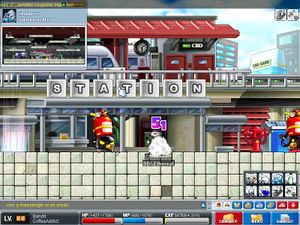 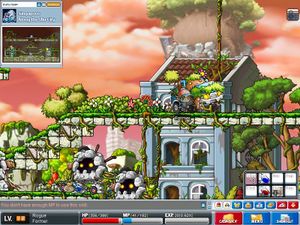 This area is an extension to CBD/Central Way, accessed from Suburban Area 2. In Singapore, the term "ulu" means "abandoned or deserted," a fitting name for this city that lies in ruins. It looks a lot like the other regions of Singapore, but the ground is overgrown with tree roots and many of the buildings in both the foreground and background are crumbling away. It's a powerful area with monsters ranging from level 160 to 167. It has three main sections: Ulu Estate, Destroyed Park, and Ruins of Krexel. At the entrance, one encounters the last human occupant, Commando Jim. The Ulu Estate consists of broken down apartment complexes, wrecked cars, and fallen light poles all over the ground. Some of the monsters consist of black slimes carrying trees, as well as concrete golems and giant moving trees. 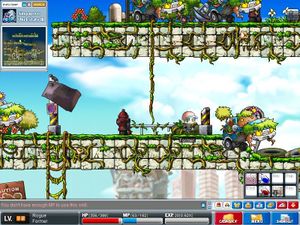 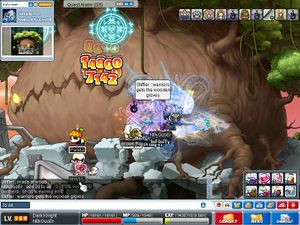 It's a giant tower that's completely filled with tree roots. Players will have to climb the tower while avoiding wires, gas tanks and bees. At the top, an enormous tree pokes through the roof, somewhat resembling a giant Deku. The name of this area is derived from a mysterious boss called Krexel. 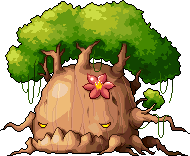 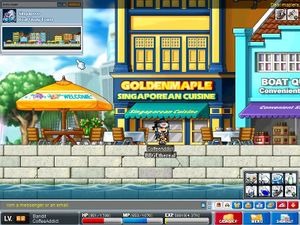 This is the second town in Singapore. A player walking from the CBD enters the town from the left. It has the same things as most other towns, and the streets are lined with restaurants. This town is much less populated than the CBD, but still fairly active. The main hunting grounds outside of this town are the Mysterious Path, an area leading up to what might be called Singapore's Dungeon, the Ghost Ship. The monsters here are stronger. Boat Quay Town is also connected to Trend Zone Metropolis in Malaysia.

This area is a walkway from Boat Quay Town to the dungeon of Singapore, Ghost Ship. These maps have boats hanging to each other which can create path. The monsters here consist of black slimes carrying inner tubes and octopi on their head, as well as some low level sailors. The path is divided into 3 normal maps, Mysterious Path 1, 2 and 3. There is also a Star Force zone to the right of this area in Mysterious Path 4 and 5, which require 160 Star Force to deal full damage. 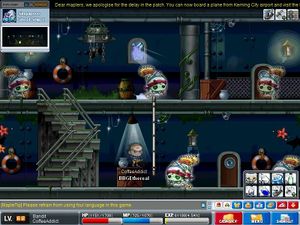 Inside the Ghost Ship.

This is the "dungeon" area of Singapore. The Ghost Ship is a tough area populated by undead sailors, with various seafaring items as weapons. Because of that, many sailors, namely Ralph the Wanderer, was forced to quit their job and leave the ship. At the Engine Room, the Captain can be found, a level 190 boss named Captain Latanica. 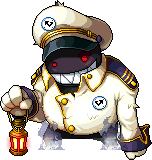