The ruins of Henesys can be accessed via the right portal of the Door of Dimension at Gate to the Future at the Temple of Time. It is a depiction of the future when Empress Cygnus and her knights have fallen into a trap set by the Black Mage, and as a result have turned evil and are destroying the Maple World. True to the map name, the town of Henesys is ravaged and covered in flames from the destruction. This area features mutated versions of the iconic monsters in MapleStory - snails, ribbon pigs, slimes, and orange mushrooms. From the Henesys Ruins, players can gain access to two other important areas in this zone, which are Dark Ereve and Twilight Perion.

Players can choose to enter Dark Ereve directly by taking the left portal from the Door of Dimension at the Gate to the Future, but may not enter the Knight's Stronghold until they have been granted permission. The main quest line starting in Henesys Ruins will grant the player entry into the Knight's Stronghold of Dark Ereve, which requires that the player be at Lv165 to start. The Knight's Stronghold area is basically a dark version of Ereve with the corrupted knights of Cygnus as the monsters. Located here is the Second Drill Hall which is a popular training spot for high leveled players that can last all the way till the cap level. At Lv170, players will receive a quest that will grant them entry into the Cygnus Garden where they can finally face Empress Cygnus herself.

Empress Cygnus can summon the five chief knights in addition to Shinsoo. 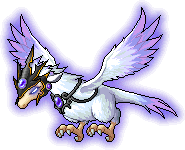