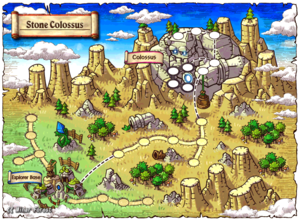 Stone Colossus is a theme dungeon accessible to players from levels 150+ by talking to Chief Tatamo in Leafre. Chief Tatamo received a message of a giant stone creature in the Minar Forest, and sends you to help out the exploration team figure out the mystery of it. As you go along, you eventually find out that the Colossus is being corrupted from the inside, and it is up to you to get rid of this corruption and save the Colossus.

While doing these quests, you will also have to complete several mini-games to access the next area after completing one. The first mini-game, Kupo's Ride, involves you dodging rocks and using a flame launcher to attack hornets in the sky, and a scissors-like weapon to attack Floras in your path. You will have to do this to avoid destroying the cart on the way to the Colossus. The second mini-game, Chino's Lift involves you having to aim your mouse at Hornets that fly back and forth, and click to shoot and eliminate them. However, you must avoid hitting the Poison Hornets, or you will have to start over. 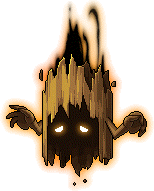 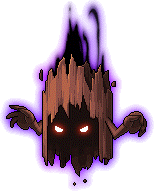 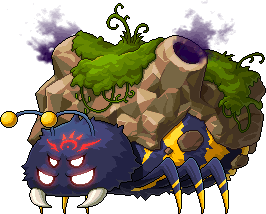 (Stone Colossus) A Giant of a Rumor[edit]