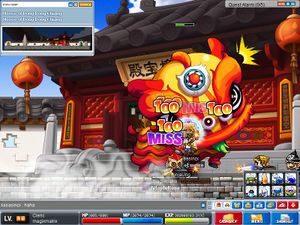 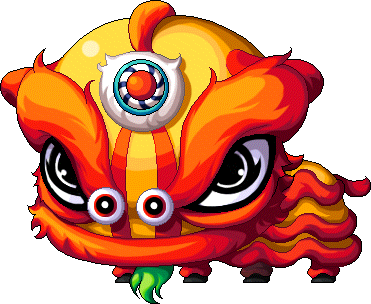 The House of Dong Dong Chiang is an exclusive event map. You can enter it through an NPC named Yuan Bao Fo, which is located in most towns. To enter it, you need at least 1 stick cracker, which can be bought for 10k. After you bought it, you can enter the portal which leads you to House of Dong Dong Chiang. Dong Dong Chiang will spawn every 10 minutes. No matter what level or job you are, you can only deal a maximum of 100 damage to it (excluding shadow web, which you can deal 4k+ damage). Once defeated, it'll drop some mesos and "Hong Baos". The "Hong Baos" will allow you to transform into various monsters such as Sand Rabbits and Moon Bunny.